Help their mistress Hela conquer the Nine Realms at all costs (failed).

Undead Soldiers
The Berserkers, also better known as the Berserker Army, are the main antagonistic faction of the 2017 Marvel film Thor: Ragnarok. They are undead Asgardian soldiers who act as subordinates of Hela, the Asgardian Goddess of Death.

As shown in murals about Asgard's bloody and violent history, the Berserkers were originally valiant Asgardian warriors who fought under the commands of Odin and Hela during their great wars of conquest. The army spread chaos and destruction across the Nine Realms. However, Odin ultimately decide to rule as a peaceful leader and the conquests were put to an end. The glorious warriors of old were buried deep beneath Odin's Vault.

When Hela's father Odin dies of old age after being found by his sons Thor and Loki, Hela arrived to the scene and easily throws both of them out into space, leaving them to crash-land at a nearby planet named Sakaar (ruled by the notorious Grandmaster).

With both Thor and Loki defeated, Hela took the opportunity to take over Asgard by eliminating the Einherjar (the elite army of Asgard) along with the Warriors Three (Volstagg, Fandrall, and Hogun) and resurrects her dead pet Fenris Wolf and her own army (known as the Berserkers) to cement her new role as Queen of Asgard. She also took the opportunity to appoint a downtrodden Asgardian named Skurge to serve as her Executioner.

With her takeover of Asgard complete, Hela plans to use the Bifrost Bridge to expand the Asgardian empire through the universe, but Hemidall (the sentry of the Bifrost Bridge) steals the sword controlling the bridge before hiding away with the rest of the Asgardian citizens to form a resistance against Hela's reign. A furious Hela then orders the Berserkers to take down the resistance so that she can use Hemidall's sword to activate the bridge and proceed with her plans.

Eventually, Hela and the Berserkers managed to pinpoint the Asgardian resistance's location before engaging into a fight against them. However, the battle's tide is turned when Thor and Loki returned after defeating the Grandmaster's forces and escaping Sakaar (with the help from the Hulk and several gladiators) on one of the Grandmaster's giant ships. The Hulk and a Valkyrie (dubbed 142) proceed to fight against Fenris, Skurge, and the Berserkers while Loki and the gladiators evacuated the remaining Asgardians on the ship.

With the defeat of Fenris and the Berserker army faltering, Thor soon learns that Ragnarok can defeat Hela and the Beserkers and that the true meaning of Asgard meant for protecting its citizens, not its land. Deciding to let the fire demon Surtur bring about Ragnarok, Thor, 142 and the Hulk distract Hela while Loki takes Surtur's crown and unites it with the Eternal Flame, causing Surtur to be reborn as he eventually engulfed the portion of Asgard. Realizing that she's been distracted and witnessing the heroes and the remaining Asgardians escaping on the giant ship, an angry Hela attempts to stop them by pinning the ship with her spikes, but a repentant Skurge sacrifices himself to allow their escape by taking down several Berserkers (who were attempting to board the ship and attack the Asgardian citizens) before being stabbed to death by Hela with her throwing knives. Being left at the mercy of Surtur, a terrified Hela is forced to watch as Surtur proceeded to destroy all of Asgard, killing himself, Hela and the remaining Berserkers in the process.

With Asgard destroyed and Hela along with the Berserkers vanquished, Thor (taking over as the new King of the Asgardians) decides to build a new Asgard for his fellow people on Earth. Unfortunately, the arriving alien warlord Thanos and the Black Order managed to kill half of the Asgardian survivors (including Loki) to steal the Tesseract, leaving a helpless Thor to drift in space while Hulk is sent back to Earth to warn of Thanos' arrival. 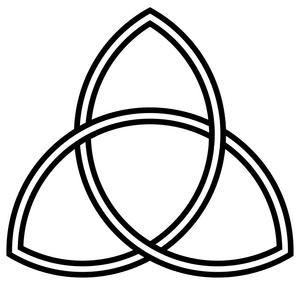 Sigil of Asgard in which Berserker Army served under.