Would-be conqueror of the universe


Kill the guards, the staff, and anyone else in the therapy facility (Partially Succeeded).
Take over the universe (Failed).

Beth's Mytholog is one of the two main antagonists (alongside Tiny Rick) in the Rick and Morty episode "Big Trouble in Little Sanchez". Beth's Mytholog is a physical representation of the way Jerry perceives Beth that went rogue and tried to take over the universe.

It was voiced by Sarah Chalke.

Beth's Mytholog would come into existence after Jerry Smith and Beth Smith are dropped off to a therapy center on Nuptia 4 by Rick Sanchez (due to both of them having a complicated marriage). It would later escape its cell and try to take over the universe. However, it is ultimately defeated and killed, ending its potential conquest.

After Jerry and Beth are ejected out of Rick's ship and are at the therapy center, they are greeted by the counselor who manages the facility, Glexo Slim Slom, who escorts them inside. He then tells Jerry to sit down and to put on a special technology advanced helmet. After Jerry puts it on, Beth's Mytholog is created and seen for the first time, which is Jerry's depiction of Beth. Beth is immediately offended by this, telling Jerry to take it back. Beth then puts on the helmet, creating a weak, worm version of Jerry. Jerry is also upset by Beth's perception of him.

Beth's Mytholog later is able to escape its containment cell with the help of Jerry's Mytholog. It then goes on a killing spree, annihilating anyone in its path. While both Mythologs are causing chaos in the facility, Jerry, Beth, and Glexo are hiding in in a room, with Glexo questioning why the two are married and why they're still together, with Beth saying that this is just bad couples therapy.

The three begin to run amongst all of the chaos occurring to a ship at the end of a hallway. Glexo then escapes after hearing there's only room for one person on board, leaving Beth and Jerry stranded at the retreat. Jerry finds a crawlspace behind a small hatch, asking Beth to find one so both of them could survive the rampage of their Mythologs. Beth states Jerry might survive staying there, but she'll look for a way out. Suddenly, Beth is taken by her Mytholog and Jerry is chased by his Mytholog.

At the retreat, Jerry's mytholog chases Jerry up to a dead end. Cornered and out of options, Jerry prepares to fight and yells at his Mytholog to "get back". The Mytholog scoots back in fear, leaving Jerry confused. Jerry then feigns an attack the Mytholog, making it flinch. He's immediately angered because this is how Beth sees him, and orders his Mytholog to take him to Beth's location. Meanwhile, Beth is held hostage by her Mytholog, which wants Jerries. Beth's Mytholog straps the helmet on to Beth to create more Jerry Mythologs to eventually dominate the universe. Beth asks her Mytholog why it doesn't strap Jerry into the chair to make more of her, and the Mytholog explains it's because there can't be more than one of her, since it is the smartest being alive since that's how much stronger and smarter Jerry thinks Beth is than him. Many Jerry Mythologs are then produced out of the machine.

Back at the retreat, dozens of Jerry Mythologs have been produced, when Jerry shows up with a gun and begins to shoot the Mythologs. Beth then begins thinking of Jerry stronger than before, causing normal Jerries to appear out of the machine. As Jerry kills more Mythologs, muscular Jerries are produced and begin to kill more Mythologs as well. Jerry then begins to say he'll save Beth, which causes her to produce narcissistic Jerries that say "Hi I'm Jerry Smith".

Because it is a perception of Beth depicted by Jerry, Beth's Mytholog is a ruthless, cruel, power-hungry, and arrogant monster. It is shown to be cunning and manipulative, using Jerry's Mytholog to escape its cell and using an entire army of them in an attempt to take over the universe. Beth's Mytholog is also intelligent and uses whatever it can use to its advantage, which is shown in the episode. 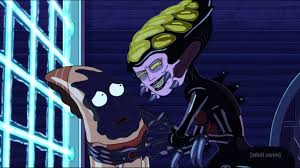 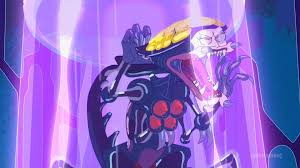 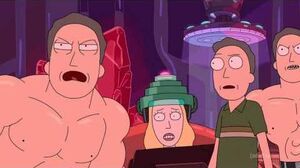 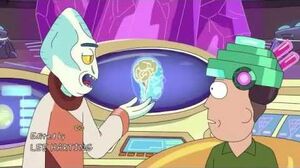 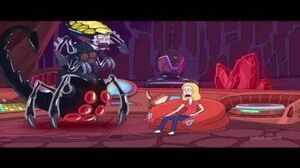