Humiliate Polly and her friends.

Become the most popular student at school.

Teenage Cheater
Bethany "Beth" Thomas was a character from the Polly Pocket franchise. She appears as a villain in the 2000s Korean-Canadian direct-to-DVD films Lunar Eclipse, 2 Cool At the Pocket Plaza, and Pollyworld, based on the toyline released between 2004 and 2006.

She is an envious middle-class girl who studying in the same school of Polly Pocket, a girl which she considers as her nemesis. She's very jealous of Polly because she's the most popular girl in school, and Beth herself wants to be the most popular. Because of her envy Beth, often tries to end the fun of Polly and her friends, always cheating and scheming to deceive them, but Polly always help her friends to stop Beth, especially since Beth doesn't quite think her plans through. She is often accompanied by two girls, Tori Phuong-Tran (the Asian one) and Evie Adams (pronounced "Evvie").

She was voiced by Tabitha St. Germain.

Upon learning that Polly's band wouldn't play at the upcoming school dance if Lila was grounded for getting a bad grade on a lunar eclipse project, Beth tries to sabotage  Lila's part of the project by giving her a camera, claiming that she put in a new roll of film while the film in the camera was really already used, making Lila's pictures come out double exposed. At first, Beth is pleased with herself only for Polly and her friends to use Anna's drawings instead, getting them a good grade on their project, which allows them to play at the dance.

2 Cool at the Pocket Plaza

Beth and her not for-real friends, Evie, and Tori spy on Polly telling her friends that they'll be spending the weekend in Pocket Plaza. She tries again to humiliate Polly and her band in the show at the hotel. Knowing Polly's English cousin Pia is pretending to be Polly, and that Pia's chaperone, Miss Throckmorton, hates American culture and insists Pia should act British, even after Pia tells her she wants to be in a band, is happy after Miss Throckmorton, resorts to kidnapping Polly and locking her in the hotel as she mistook Polly for Pia. Just when Beth thinks her plan worked, Pia decides to improvise a speech, something Beth didn't think about. Angry that her plan failed, Beth vowed to get Polly next time.

After discovering that Polly received from her father an entire amusement park with her name, Beth is furious and at the same time very jealous of Polly because she thinks this would've been the perfect way for her to become the most popular girl in school. She even jealously asks why Roll Like That can't film at BethWorld. She teams up with Tori, Evie, Karl and Lark (the latter two are Swedish exchange students who were manipulated by Beth to respect her) enter the Pollyworld contest in an attempt to win the grand prize, but Beth is obsessed with taking the glory and attention after beating Polly and becoming more famous than her. Beth only becomes a bigger threat when she gets the help of Lorelei in manipulating Mr. Pocket convincing him to send Polly to a boarding school. After Lorelei is exposed, Beth tries to show off her mad cheerleading skills on a huge screen only to trip on some wires, causing the audience to laugh at her. 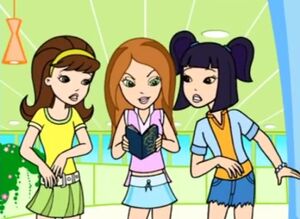 Beth with Tori and Evie 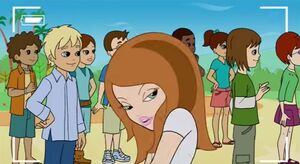 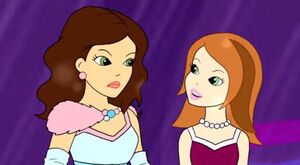 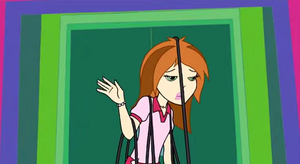 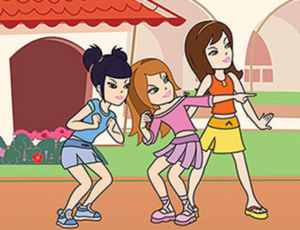 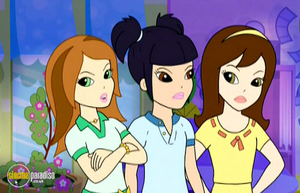 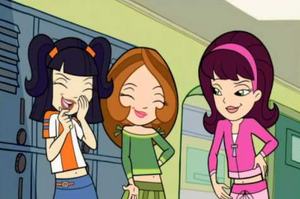 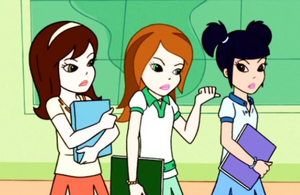 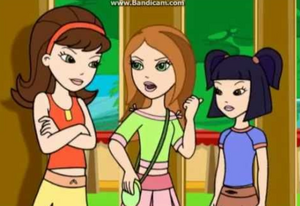 Retrieved from "https://villains.fandom.com/wiki/Beth_(Polly_Pocket)?oldid=4209470"
Community content is available under CC-BY-SA unless otherwise noted.