The most beautiful angel of the High Father

Founder and lord of the Legions of the Damned

Take revenge on the High Father and the angels (succeeded).

Bethrezen is one of the main villain character from the Disciples series. He was the most powerful angel of the High Father, the creator of men, and later the creator and sole ruler of Hell and the demons. He became an extremely angry, vindictive, mighty demon god and his goal was revenge and destruction in Nevendaar.

Bethrezen was the strongest and most beautiful angel of the High Father. Because of his beauty, the Father gave him the power to create life. The other gods were surprised by this, and the other angels became envious. Bethrezen therefore gratefully created a wonderful world whose inhabitants were given everything they wanted. Bethrezen also created the humans. Bethrezen then set off to the High Father to show him his beautiful work. However, the envious angels ruined his work. Chaos, war, envy and fear have ruled the world. The High Father looked at this world in disgust. In anger, he imprisoned Bethrezen in a world of chaos and clutter. Bethrezen was terribly angry, his appearance distorted, but he had not lost his strength, he had become even stronger. He created his own hell in his prison, as well the demons from humans and angels. He founded his own army, the Legions of the Damned. Bethrezen decided to take revenge on the High Father for his unjust and painful decision.

After six thousand years of suffering, Bethrezen saw the time had come for revenge and liberation. An infernal rift opened into the world of Nevendaar, demon baroness scorched the lands, more and more land became unholy, extinct, fiery. Many people died because of this. After these lands had only the smell of burning flesh and sulfur with destruction and flames, the infernal rift closed itself. This was suspicious as the cohorts of the Legions continued the attacks and performed an infernal rite. The only and clear goal of the Legions was to free their master Bethrezen. It took a special ritual to break the magic power of the prison. The first necessary tool for the ritual was a dagger forged from uru metal. This metal was on a city, Nomden, in the northern sea, which belonged to the Mountain Clans. Armies of the Legions attacked the city and other areas as well. The Empire and the dwarves were defeated, the island was captured together with Nomden. The dagger was made and they waited for the signal when Bethrezen's damned soul revealed himself. Bethrezen chose the son of Emperor Demosthene as the victim of the ritual. Bethrezen tempted the queen, who fell in love to him. However, the king's guards locked her up with the child in the town of Junnem. The legion's troops also launched an attack on several other areas. Junnem fell, the demons and their wizards got the infant and the queen. Panic and fear erupted among the people, for they feared what would happen if Bethrezen was really freed and returned. According to an ancient legend, Bethrezen is able to break free permanently through a portal. The portal was sealed in an abandoned mine that was under one of the ruined fortress of the Mountain Clans. Meanwhile, The Mountain Clans captured the queen and did not want to give it back to the empire. The forces of the empire therefore attacked the dwarves and found the queen in the town of Vasaa. The queen was accidentally killed by a soldier because her soul was ruled by a succubus and turned into a demon. There was great anger in the king's heart, raging with rage, the empire's forces decided to attack the demons until the last one was destroyed in Nevendaar. The Legion sever its forces. He sent his major forces to capture the ruined dwarf fortress, and with all his other might he attacked the Empire armies. The fortress fell, the sorcerers of the Legion took the baby and the dagger with them to begin their final ritual. However, most of the Legion's army was destroyed by the Empire's forces. However, they seemed to be late because the ritual succeeded and the portal opened. The sorcerers felt the presence of their master. However, the knights and holy priests of the Empire arrived, killing the sorcerers, but not finding the baby. They thought he was killed. The holy priests also performed a ritual and sealed the portal so Bethrezen could not free. The dwarves also performed a separate ritual with runes to permanently seal the place.

For some incomprehensible reason, after the First Great War, Bethrezen began to weaken and dying. People avenged the destruction of demons and a brutal Inquisition also rampaged. A part of the Legions hid, waiting for the opportunity to fight again. After ten years, the strength of the runes and the seal that held Bethrezen captive weakened. The dwarf king's son Gymner Cloudkeeper set out to close the gate for another century with another seal. The forces of the Legion then launched an attack. Many dwarves were killed. Gymner would have already started his ritual, but the demons attacked and killed him. The gate opened and the demons and their humans were already waiting for to finally see their liberated master. But only a boy came out. It was Uther who said of himself that he was Bethrezen. The demons and the sorcerers were very surprised. In fact, the ritual of ten years ago was successful and Bethrezen could not escape, but a part of his soul unites with the soul of Uther. And because of that certain piece of soul, Uther was able to gain strength from Bethrezen. After the Legion's troops freed Asteroth, Bethrezen felt that he need to do something because Uther tricked one of his strongest follower and many other demons as well. Bethrezen sent an Onyx gargoyle. The creature attempt to convince the Legion troops and Asteroth that Uther was an impostor and Bethrezen did not support what they were doing now. Asteroth suspected at first, but obeyed Uther and destroyed the gargoyle. The legion won successful victories, occupying several areas. However, they had bad news. The Undead Hordes were attacking with a huge army. The demons were prepared for battle. Then Uther revealed that he was not Bethrezen. He then ordered Asteroth to destroy the demons and people who loyal to Bethrezen. Occult sects also helped Asteroth, who opened a infernal gate from which plenty of rebellious demons flowed. Hubert de Lalye also sent help to Uther. The united armies launched a massive attack, but were destroyed by Bethrezen's forces. Asteroth fled. Bethrezen lost more and more power because of Uther. The demon priests saw in their dreams that he was ailing. The Legion set out with almost all its forces to kill the divinely powerful Uther, Asteroth, and the traitor demons. Moreover, Hubert de Lalye’s forces and the occultists also helped the child. Bethrezen helped his followers with all his remaining strength. However, the Legion also received allies. Some of the dwarves helped them and a black dragon named Gurkenash with orcs. In the final battle, Asteroth, most of the rebellious demons, all the occultists, and Hubert's forces destroyed, but Uther fled before his demise. Eventually, he was killed by the forces of the Empire. Bethrezen regains his lost strength and the legion is strengthened.

Bethrezen was extremely angry, raging, hating the High Father and his people. The damned god recognized that he would not be free as long as his enemies were strong. So he decided to bring the real hell to Nevendaar. From the territories of the elves, their magic items, and their spells, the demons will steal so much power that the plague of Bethrezen will extend to the entire territory of Nevendaar. The demons launched an invasion against the elves, who were also helped by the empire. However, nothing could stop the huge attacks of the demons at first. They broke through the defenses, captured several cities and dishallow the mana wells and the elven magic. The demons were also aided for a time by the troops of Count Flamel Crowley, who were enchanted religious fanatics, and saw the demons as angels. The demons did a massive massacre. Lots of dragons and angels were killed, and a lot of knights and elf lords also died. The real hell began when the demons captured the last elf city, Zhilovers, and killed Drullia'an, the elf queen's heir. The unholyness on earth became so great that Bethrezen could completely unleash his terrible power. Terrible noises came from the mana wells, the suffering voices of thousands of souls that even silenced the demons. They knew there was now a direct connection between Bethrezen and the land. The great mana well erupted and Bethrezen's plague spread. Bethrezen's power and plague were completely unleashed. The blistering force destroyed the trees, the animals, the entire forests around it. The elves living in the woods, on tall trees, had no chance of escaping. They fell into the tide of bubble evil power and were destroyed. Bethrezen's power grew tremendously, some part of Nevendaar turned into earthly hell, and this formidable force headed for the territories of the Empire. If people don’t do something about it then the hell and Nevendaar will become one. The Empire made an alliance with the elves (and partly with the dwarves) and set out with all their armies to stop Bethrezen's minions. There were very bloody and serious battles, but the losses of the demons gradually increased. The heroes and knights of the Empire simply did not want to believe what they saw. Hell itself came to Nevendaar. Lava, ash and volcanoes everywhere, many mutilated corpses were found and destroyed elf cities. The heroes also found the ruined mana well, where sense the center of the helish force, guarded by a huge demon named Nebiros. They realized that if they defeat the demon guard and restore the well, victory is theirs.  Bethrezen entrusted his strongest army to Nebiros, but he was defeated in the final battle and the demon guard was destroyed. The mana well was restored and Bethrezen's earthly hell ceased to exist.

Bethrezen was an incredibly angry, passionate, wild god. He despised the High Father and the angels with particularly great hatred for he being unjustly punished. After suffering a lot of pain, all that was left was hatred and revenge. He ordered his demons to always treat their enemies cruelly. So they could do anything with their opponents. Bethrezen was not a power hungry god, much more a invader, destructive god.

During his suffering, Bethrezen became an extremely powerful and brutal god. He became so strong that he was in itself a threat to the world of Nevendaar. From hell, he was able to completely corrupt or destroy lands. He also endowed his followers with fearsome and strong power.

Bethrezen was able to create his own worlds as both angel and demon. He created almost all of Nevendaar and humans, and later he created the hell and demons.

Bethrezen was extremely strong in creating, controlling, and using fires and demonic fires. He created his own spells that had destructive power. He also created curses. 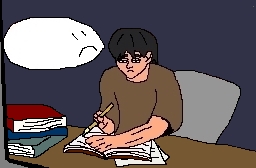