Trainer at a Health Spa

To con Big Tom Callahan out his fortune (formerly)

Beverly Barish Burns is the secondary antagonist of the 1995 comedy film Tommy Boy.

She was portrayed by Bo Derek.

Beverly's maiden was Burns and at some point she met and married Paul Barish. Together they presumably concocted schemes to get rich quick from conning trusting people.

It was as she was a trainer at a Health Spa that she met auto parts company owner Thomas "Big Tom" Callahan and both she and Paul saw this as a golden opportunity to strike it rich. In the days that followed, Beverly pretended to be a single parent with Paul posing as her son, Big Tom proposed to Beverly and she accepted.

She is first seen in the movie when Big Tom introduces her to his son Thomas R. "Tommy" Callahan III at his mansion.

She emerges from the pool after a swim in a blue and black patterned bikini and Tommy is spellbound by how beautiful she is, even describing her as a "10".

Big Tom tells Tommy the news of his proposal to Beverly and that Tommy will now have a brother which makes Tommy extremely excited. However his over excitement annoys Paul when he spends time with him.

When the day of the wedding comes, Big Tom and Beverly are married. However during the reception Big Tom dies unexpectedly from a heart attack and Tommy, Beverly, Paul and the rest of the family and their friends attend the funeral.

Big Tom's will is read out as Tommy and Beverly being the share holders to Callahan Auto Parts. The company is being sold to a rival company called Zalinsky, King of Auto Parts. Tommy gives his inheritance to the bank to save the loan on the factory and goes on a sales trip to sell a half a million brake pads to save the company with Big Tom's right hand man Richard Hayden.

Meanwhile at the Callahan family carnival, Beverly is shown still pretending to be Paul's mother when she grabs him by the ear when he won't stop whining saying "If you want to act like a baby, I'll treat you like one." Then she says "Now if you want to act like a big boy..." and then they both engage in a passionate kiss showing Beverly's villainous reveal of her and Paul being a married couple and con artists. They had been planning to rob Big Tom of his fortune from a divorce settlement, but the plan had worked out better than they planned when the trusting auto parts owner had passed on leaving them with a massive fortune if the autoparts company is sold.

One of the auto parts company employees Michele Brock sees the two together and starts to have her suspicions.

However Tommy and Richard do well on the sales trip and Paul tries to ruin their chances first by trying to sabotage the delivery trucks and then by messing up the part orders on Michelle's computer leaving the company with no other choice but to sell to Ray Zalinsky, the owner of the rival company.

Michelle sees Beverly and Paul kissing at the airport on their way to Chicago to sell their shares to Zalinsky. She then phones her brother who is a detective in homicide to give her a report on the couple's background.

When Tommy and Richard arrive in Chicago as well to talk Zalinsky out of shutting down the company, they see Beverly and Paul as well as the chairmen of Callahan Auto Parts in Zalinsky's main office ready to sign over the rights of the factory to him. Tommy feels upset and betrayed. Michelle suddenly arrives and shows the police report of Paul and Beverly's past and how they were lying to Big Tom the whole time.

Tommy comes up with an idea and Beverly and Paul watch as he cleverly makes Zalinsky sign for a half a million brake pads to be sold in his company. Paul is angry and tells Tommy that he doesn't even have a right to be here while Beverly nods her head. Michelle suddenly gives Tommy the police report to read out loud to the congregation about how Beverly and Paul were married and that Beverly's marriage to Big Tom was never legal making Tommy the rightful heir to the fortune and many of Paul's past offences, while Beverly listens in humiliated silence. Since Beverly's share rightfully belongs to Tommy and he does not want to sell it to Zalinsky, the deal to buy Callahan Auto Parts is null in void and the company is saved.

Paul however gets up and runs away, leaving Beverly behind to face the music after she told Zalinsky she had no idea what Tommy was talking about. Everyone chases after him and Beverly watches with everyone else as her husband's groin is crushed by a weight while he is sitting in a testing seat and is then arrested.

Beverly decided to leave her traitorous husband and went on a date with Zalinsky. It is unknown what happened to her afterwards but it can be assumed that she decided to go straight. 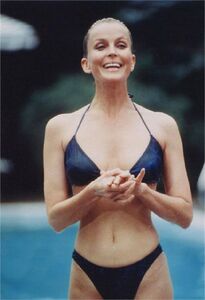 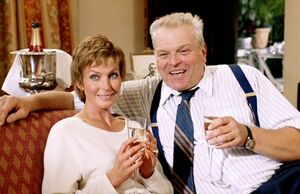 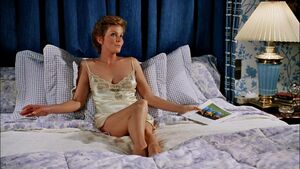 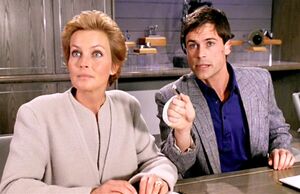