Queen of the State of Qin

Spending time with Rou Ai and their family.

Having sex with Ryo Fui (formerly)

Have an affair with Ryo Fui

Build her own kingdom.

Bi Ki is a recurring antagonist of the popular historical seinen anime and manga series,Kingdom. She is the Queen Mother of the state of Qin, ruler of the Royal Harem and the biological mother of Ei Sei, the thirty-first king of Qin. The former lover and fiancée of Ryo Fui before becoming a concubine for the thirtieth king of Qin. She was an antagonist during the Third Faction Arc and a major antagonist in the State of Ai Arc.

In her youth, Bi Ki possessed an innocent, a cheerful, and naïve outlook on her life as she enjoyed her time as a dancer and falling in love with the man of her dreams, Ryo Fui. But after the love of her offered her up as a "gift" in his schemes in attaining power over the state of Qin, she gradually started to change due to enduring countless days of humiliation and hatred from her countrymen due to giving birth to their future enemy and forced to sell herself as a prostitute she became cold and cruel as she even tried to kill to her own son, Ei Sei as she saw him as a source of blame and since becoming the Queen Mother of the State of Qin she turned into a vain, conceited, and angry person unable to have feelings of love and compassion towards her son. However beneath her visage of cruel Bi Ki was actually

Born in Kantan, the capital city of the state of Zhao, the young woman named Bi Ki was known as the "Jewel of Kantan" due to her amazing beauty and even more exquisite displays of dancing. Covet by numerous suitors in the noble caste Ryo Fui gave her to Sei's father, Sou Jou, to become one of his many women in order to gain political power in the future. She became a political hostage together with Sei and his father in the State of Zhao and she gave birth to him there.

During that time she and Sei would suffer tremendous hardship under the people of Zhao and, due to that, she grew to hate Sei and even attempted to kill him at some point. To make matters worse, once Sou Jou successfully fled Qin, they stopped receiving an allowance. That and the fact that she couldn't get a decent job due to her background led to rumors that she began selling her body to make end's meet.

After Sei successfully escaped from Zhao at the age of eight and became the king of Qin, the queen mother was brought to the capital as well and became the head of the Royal Harem. 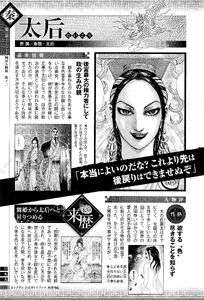 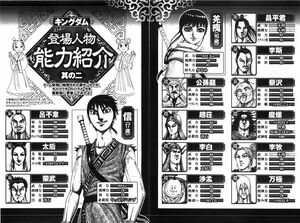 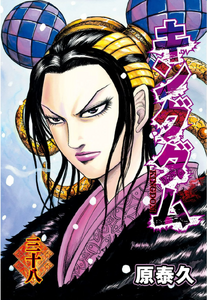 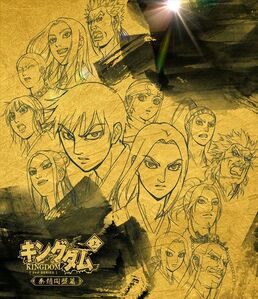 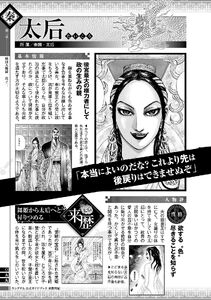 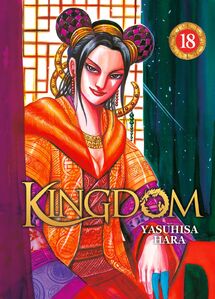 Bi Ki, the Queen Mother on the cover of Vol 18. 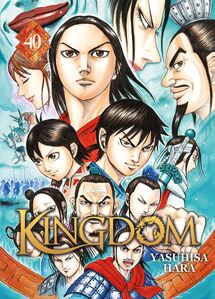 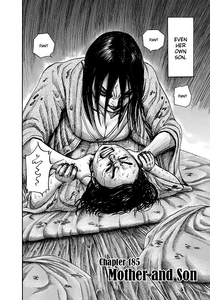 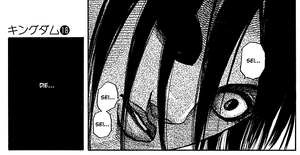 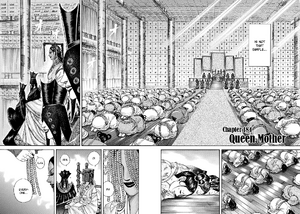 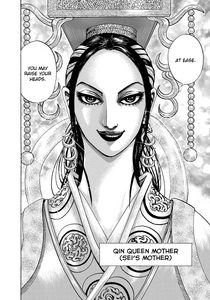 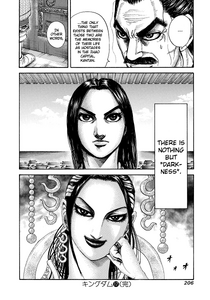 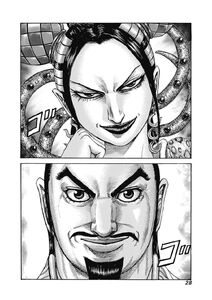 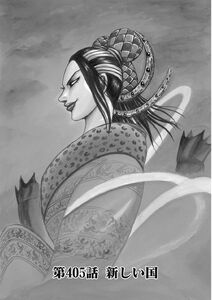