Made of Aliens from several homeworlds

Bibi Bugs are a enlarging species and are a pivotal species in Tensou Sentai Goseiger. They are a poisonous species created by Buredoran of the Comet that are living results of the dark features of previous alien species that Warstar had previously conquered.

As mentioned before Bibi Bugs were created by Buredoran of the Comet and were made from the the dark features of previous alien species that Warstar had previously conquered. They were used by warstar to grow their fallen aliens by placing 6 of themselves on said alien then generating the Brajira of the Messiah's symbol. This would cause the alien to grow. After Warstar was beaten, Brajira kept some Bibi Bugs and gave it to Yuumajuu before Kinggon then took it to enlarge. But after his death the Bibi Bug hive ended up in the ocean where Metal Alice made them into Bibi nails for her set of robots. Soon after Brajira of the Messiah reclaims them and uses them for his final plan. Although that is the end of the hive after Brajira's death there is King Bibi who is the last remaining Bibi bug. 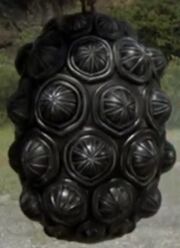 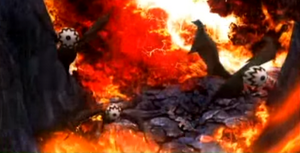