Brutish Ghost
Biff Atlas is one of the Portrait Ghosts from the game Luigi's Mansion. He is a 26-year-old bodybuilder who loves muscles and lilies (because lilies symbolize purity).

Biff can be found working out in the mansion's Rec Room, which can be reached after defeating Bogmire. To reveal Biff's heart, Luigi must smack a punching bag into Biff three times. When Biff gets hit, he becomes angry, and swings his fists wildly at Luigi, costing Luigi twenty life points if hit (1/5 of his total life), and forty life points in the hidden mansion. After the third punching bag attack, Biff will lie on the ground, dazed, with his heart revealed, leaving him vulnerable to be sucked up by the Poltergust 3000. Should Biff break free of the vacuum during the ensuing struggle, he will need to be smacked with the punching bag again. 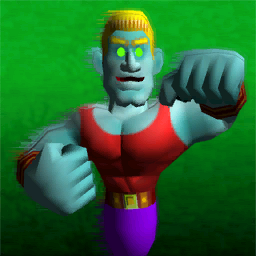 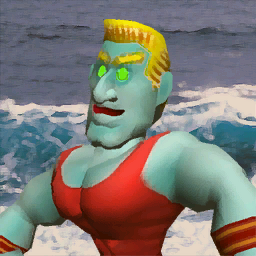 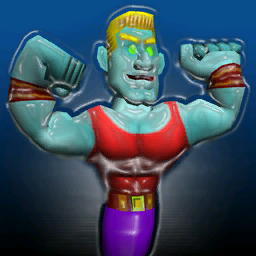 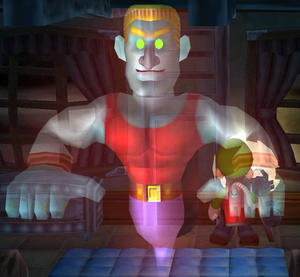