The "Big Bird" is a corrupted Gem and the main antagonist of its debut episode "Giant Woman" of the cartoon series Steven Universe.

The Big Bird takes the form of a massive bird-like creature with large, broad wings; thin, stick-like legs, and a comparatively small tail. It has light brown feathers covering almost all of its body with purple plumage on its chest and belly. It has a huge jagged beak that extends to its forehead and is able to hold a large number of objects and has no visible eyes. Its interior is encrusted with gemstones that are encased by bubbles.

In her uncorrupted state, Big Bird takes the form of a kind of hybrid between a bird and a human, she has legs and wings of a bird instead of legs and arms, she has a large nose with a hairstyle that covers her eyes, she His chest is the same color as in his corrupt state, adding a girdle or sleeveless shirt with short pants

Big Bird was a Gem that participated in the Gem War. When the Diamonds unleashed the Corrupting Light, Big Bird was exposed and became corrupted.

While attacking the Crystal Gems at the Sky Spire, she attempts to eat Steven and Steven Jr. Opal critically injures Big Bird by punching through her stomach to retrieve both Steven and Steven Jr., resulting in her reforming into many smaller birds. Big Bird is then defeated by Opal, who shoots her smaller versions with her arrows. Following her defeat, the gems comprising Big Bird are automatically bubbled by Opal. 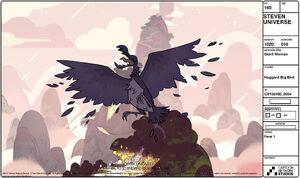 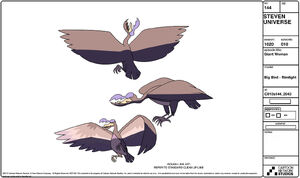 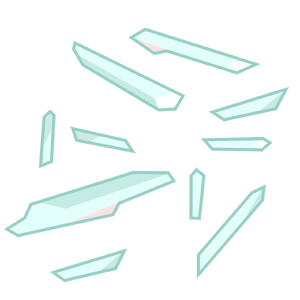 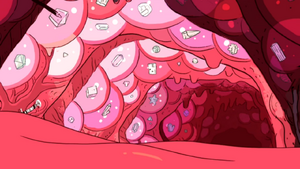 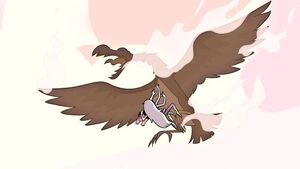 Big Bird splitting into a flock of smaller birds. 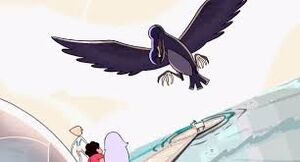 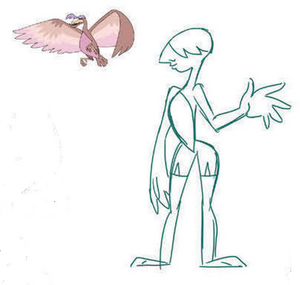 Concept art of an uncorrupted Big Bird.
Add a photo to this gallery

Retrieved from "https://villains.fandom.com/wiki/Big_Bird?oldid=4287745"
Community content is available under CC-BY-SA unless otherwise noted.