B (by his wife Miriam)
The Beeper King

Caring about his family, kids, and other people

Care Helga and his family.

Thinks of himself by being rich of something (formerly).
Be nicer to other people other than himself (succeeded).

Abusive Parent
Robert "Big Bob" Pataki is Helga's thoughtless and cruel father, a successful beeper salesman who owns a beeper store and (normally) one of the supporting characters in the animated series Hey Arnold!. He has extremely high expectations for Helga and frequently compares her to her older sister Olga.

He was voiced by Maurice LaMarche.

Bob has difficulty showing his emotions for Helga since she and he always come into conflict with each other and clash. He often mistakenly calls Arnold "Alfred". He hates Arnold at once in "Parents Day" because he has no parents. He never listens to Helga and negelcts and ignores her and is cruel and puts too much stress on Olga. His wife must have hatred towards him as she is depressed and mopes around all day because of his abuse. Bob is a selfish jerk and only thinks of himself and his business. He was voiced by Maurice LaMarche.

However, in the episode "Big Bob's Crisis", Big Bob appears to finally have redeemed himself after having a heart attack. Big Bob then promises himself and everyone else that he will try to be nicer to other people other than himself.

In "Hey Arnold! The Movie", Big Bob is involved in the evil plans of Alphonse Perrier du von Scheck until the point he learns that he'll get 51% ownership Of his whole beeper company. He then proceeds to attack his partner, Nick Vermicelli. The fight resulted in him being covered in pickle juice (Resembling the incredible hulk) and being knocked out by the refrigerator door.

Near the end, as Grandpa Phil, Ernie Potts, Oskar Kokoshka, and Mr. Hyunh try to blow up the streets to stop the bulldozers, Big Bob tells them that their actions could result in them spending a while in jail. He then finishes his sentence with, "You need any help?"

In "Hey Arnold!: The Jungle Movie", Big Bob was furious at Lasombra's henchman and river pirate named Che, chases him around the encampment and beats him up for breaking Olga’s heart. 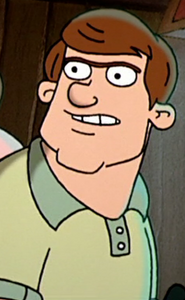 Bob Pataki in the movie 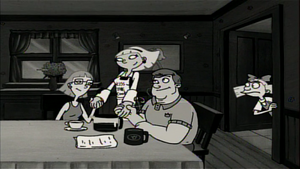 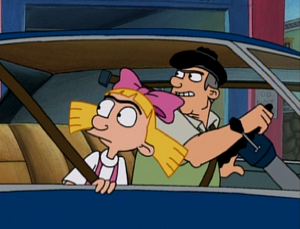 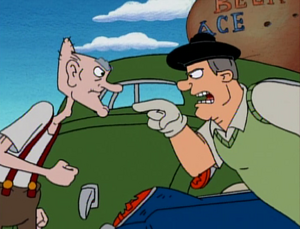 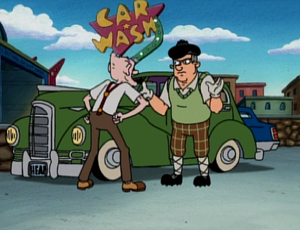 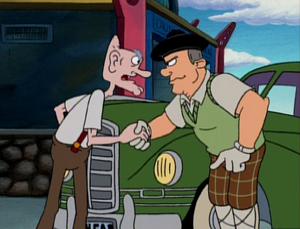 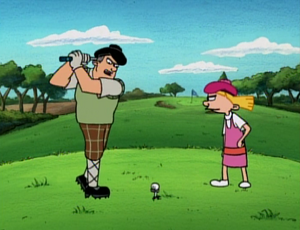 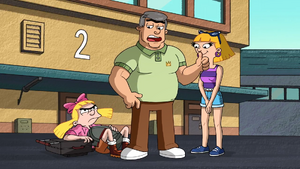 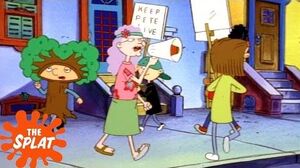 Arnold and Grandma Gertie Rally for Mighty Pete Hey Arnold! The Splat
Add a photo to this gallery

Retrieved from "https://villains.fandom.com/wiki/Big_Bob_Pataki?oldid=3887155"
Community content is available under CC-BY-SA unless otherwise noted.