Sell counterfeit tires (succeeded for a while but foiled by Mater)

He was voiced by the late Fred Thompson, who also played Sir Trenton in Racing Stripes.

Big D is the mastermind of a counterfeit tire traffic, which produced counterfeit Lightyear tires (labeled Lite Yeer) that caused blowouts on those who were equipped with them. He had carnapped Tia's sister Mia and forced Tia to lure Private Eye Mater into a trap, threatening her sister with death should she not comply.

At first, he was mentioned by Tia when she said that she last saw Mia working for Big D at his nightclub. Then at the nightclub, Mater asks Carmen if she has seen Mia anywhere,and Carmen says she saw her a few days ago with Big D, but with the smell of salt like the ocean.

When Mater investigated the docks, he was uncovered by a crane and captured by Big D's henchmen. Big D then reveals himself. Mater said that he would tell the DA about his crimes. Big D replies he won't tell the DA anything and makes a crane raise the private eye into the air, intending to drown him. Upon seeing Lieutenant Lightning McQueen and the other police cars arrive, he tried to flee, but Mater moved the crane with his tow hook and made it drop a crate of tires on Big D, which were revealed to be counterfeits. The police then arrested Big D and carried him away. In the real world, he died in 1970 at age 50. 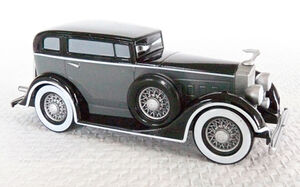 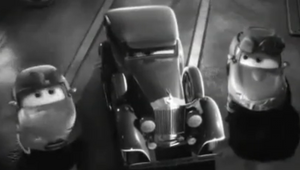 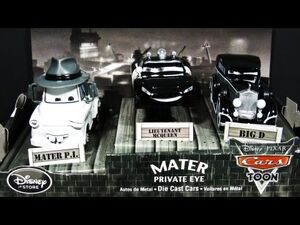 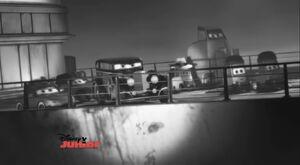 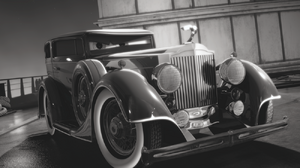 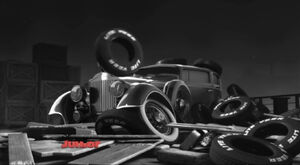