Bases throughout the globe

Big Fire is a super-powerful terrorist organisation within the Giant Robo series. From high-ranking leaders to ordinary soldiers, all members of Big Fire are fanatically loyal to the organization's cause. Possessing advanced weaponry and robotic technology as well as employing several super-powered "espers", Big Fire's ultimate goal is absolute world domination. Their plans are often thwarted by Interpol and the Experts of Justice, in particular Daisaku Kusama and his mighty robot Giant Robo, which was created by Big Fire in the first place.

Big Fire are led by a council of powered individuals known as The Magnificent Ten, whose members herald from different cultures and possess unique abilities. Each of them are psychically inclined and they are often in psychic contact with each other. However, the Magnificent Ten share their power with two other individuals: Shokatsu Komei, Big Fire's master strategist who possesses no powers other than superior tactical and planning skills, and Lord Big Fire, the founder of the Big Fire organisation and the most powerful esper on Earth. In the Giant Robo anime, Lord Big Fire does not take an active role in the OVA's events, and although he appears to be a child, he is revered by the Magnificent Ten who look upon him with fear and respect. 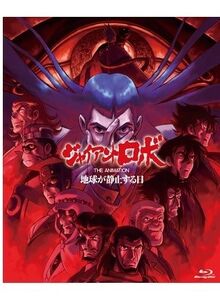 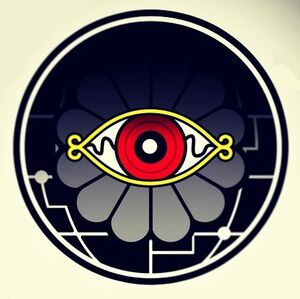 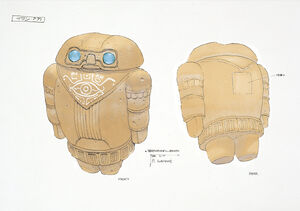 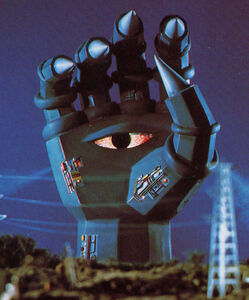 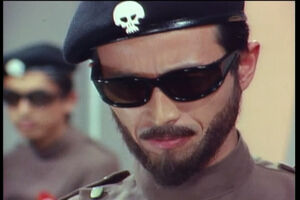 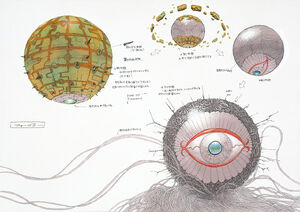 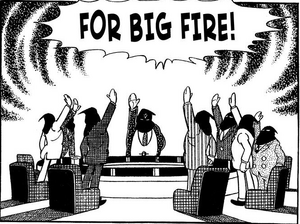 Add a photo to this gallery
Retrieved from "https://villains.fandom.com/wiki/Big_Fire?oldid=3687894"
Community content is available under CC-BY-SA unless otherwise noted.