Take over the world and start the new World War.

The Big Four members are led by Li Chang Yen and followed by Abe Ryland, Madame Olivier and Claude Darrell. a secret hideaway in a quarry of the Dolomites, owned by an Italian company which is a front company for Ryland. The quarry conceals a vast subterranean base, named Felsenlabyrinth, hollowed out in the heart of the mountain. From there, they use wireless communications to transfer orders to thousands of their followers across many countries.

In Agatha Christie's Poirot, since "The Big Four" episode's writer, Mark Gatiss, considered the original novel to be "an unadaptatable mess", the entire episode has many points deviated from the novel. In particular, the intepretation of the Big Four is drastically different to that in the novels, with the drastical change of its nature as well as the omission of its supporters, including the Countess, who would later make her appearance in the episode of Labours of Hercule instead.

Darrell's real name here was revealed to be Albert Whalley, who was a brilliant but unhinged actor who staged the entire conspiracy, while desiring to attract the admiration of Flossie Monro, who became an unrequited lover whom he showers with anonymous gifts and cards expressing his love for her.

Unlike in the novel, the climactic showdown does not take place in an elaborate headquarters within a mountain, but in the old repertory theatre where Darrell and Flossie had acted as young adults. There is no deadly explosion, either. Although Darrell attempted to set off dynamite, Poirot reminded Darrell that he cannot kill Flossie. Poirot then persuaded him to dismantle the explosive. Instead, Claude went into a fiery rage and tried to shoot Poirot, but he was killed in time by the journalist Lawrence Boswell Tysoe (an original character not in the novel), who drops a safety curtain on him.

After Darrell's death, the truth was revealed to the public by Olivier and Ryland, who were rescued by Poirot. The Big Four was declared to be fictional with Li Chang Yen (in absentia), Olivier and Ryland had their fame and honor restored. Soon, they continued their work as Peace Party advocates. 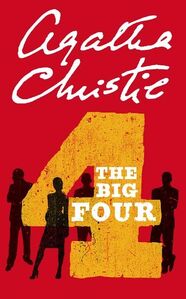 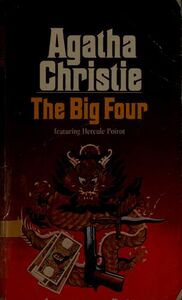 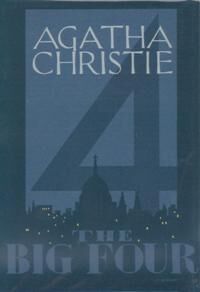 Retrieved from "https://villains.fandom.com/wiki/Big_Four?oldid=3712677"
Community content is available under CC-BY-SA unless otherwise noted.