Saltys
The Evil Below

Kill anything that it encounters

Big Mic is the main antagonist in the 2000 movie Blood Surf. He is a large 31 foot long saltwater crocodile who lived on a remote australian island.

Almost a century old, Big Mic survived on a small Australian island where, for almost a century, it fed on whatever entered its territory, including a small passenger cruise boat captained by John Dirks. Ripping the tourists to pieces, it destroyed the man's life, leaving him with just one thing on his mind: revenge. A few years later, a crew of American surfers ventured to the island to create the sport they called Blood Surfing, or rather surfing with sharks.

Their fun was turned into a nightmare as the large croc destroyed their only means to leave the island. The beast unknowingly freed the group from a boat of pirates before once again beginning the hunt, but this time Dirks had come to finish the score.

In a failed attempt to trap the crocodile known as Big Mic, one of the surfers, Jeremy was devoured whole. It then began to chase the ship until John drove it into a reef. As the others left for safety on the island, particularly streams filled with alkaline, John remained, hoping to blow his boat and the crocodile up. Unfortunately, the crocodile burst through the wall of the ship and snapped its captain in half.

While the two girls continued on, Bog went back to the ship’s wreckage to get the explosives that were meant to be used on it. The beast trapped the two girls at the ruins, unable to go any further to do the stream it ever-so feared. A trap was soon set to crush the monster once Bog returned.

The plan only half-succeeded. The ruins’ wall did fall, but kill it did not. It quickly killed one of the girls before chasing Bog and Cecily. The two jumped off a cliff and into the water below while the crocodile followed. The beast impaled itself on a large stalagmite, ending its killing spree after almost a century of chaos.

Big Mic favors direct violent action to deal with his prey, unlike more methodical hunting habits employed by traditional crocodiles. He eats all his victims yet never appears to be full, engaging in rampant gluttony. Big Mac is single-minded in all his pursuits, preventing him from being slowed down, but also showing a distinct lack of tact for a hunter, ultimately leading to it's death. 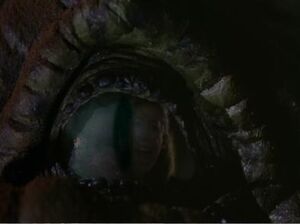 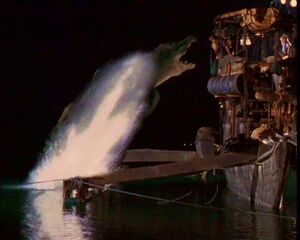 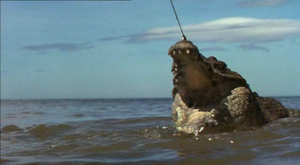 Big Mic is hit by the harpoon in the nose 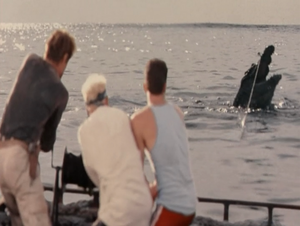 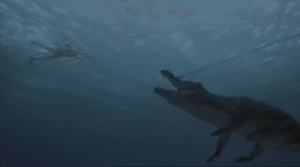 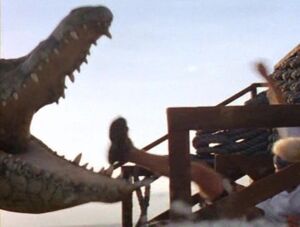 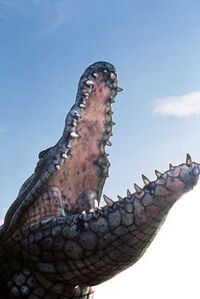 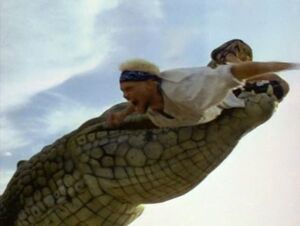 Jeremy is killed by Big Mic 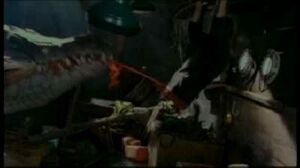 Big Mic snaps Dirks in the half 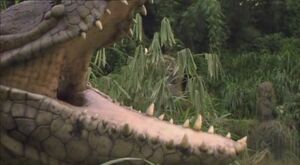 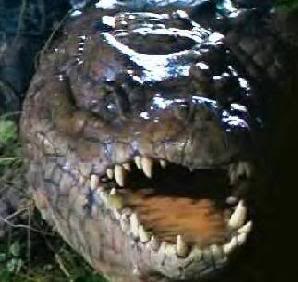 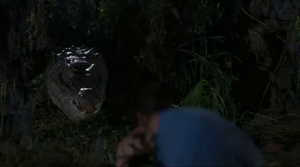 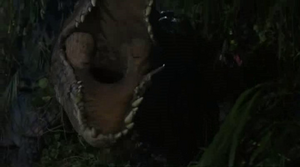 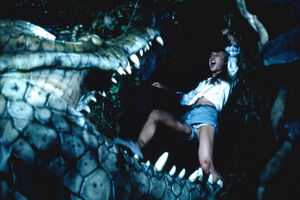 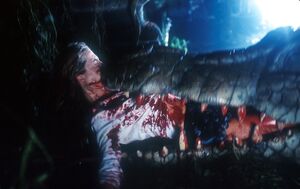 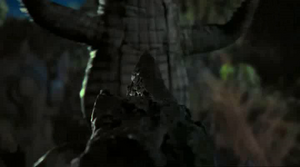 Big Mic about to be impaled to the stalagmite 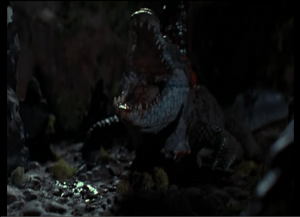 Big Mic's last roar
Add a photo to this gallery 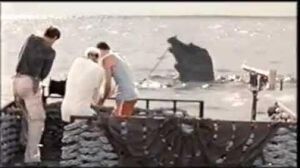 Big Mic's rampage
Add a photo to this gallery
Retrieved from "https://villains.fandom.com/wiki/Big_Mic?oldid=3769591"
Community content is available under CC-BY-SA unless otherwise noted.