Knowledge on the drug business in "Mortytown"

Hanging out at the bar called the Creepy Morty.

Big Morty is a minor antagonist in the Rick and Morty episode "The Ricklantis Mixup". He is a drug lord who pays off Cop Morty to throw a blind eye to his illegal drug operations in a ghetto part of the Citadel of Ricks called "Mortytown". This changes when Cop Rick attempts to arrest Big Rick which leads to a shootout. Cop Morty holds Big Morty at gunpoint and kills him, in which Cop Rick then kills Cop Morty.

After Cop Morty kills the Mortytown Locos, who are interfering with Big Morty's drug business, they head to the bar, the Creepy Morty, where they meet Big Morty who is a local "drug lord" of sorts. Cop Morty tells Big Morty that the Mortytown Locos had an 'accident' and that they won't be bothering him any more. Big Morty offers to pay Cop Morty and Cop Rick, however Cop Rick refuses to take the money, and eventually attempts to arrest Big Morty, only to end up causing a gun fight between the cops and Big Morty's henchmen.

Cop Morty and Cop Rick end up killing both of the henchmen, and Cop Morty holds Big Morty at gunpoint, knowing he would reveal that he was abusing his power as a police officer. Cop Rick tells Cop Morty not to kill Big Morty, and Cop Morty fakes Cop Rick out by pretending to not want to be a cop anymore, only to shoot Big Morty, killing him, when Cop Rick's guard is down. Cop Rick quickly realizes his mistake and kills Cop Morty, turning himself in to the police. Cop Rick is released, however, after Evil Morty takes over the Citadel of Ricks. Big Morty's corpse is seen floating in space along with Cop Morty's corpse and several other Ricks and Mortys that were killed in the episode. 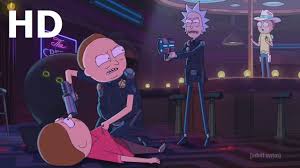 Big Morty being held at gunpoint by Cop Morty 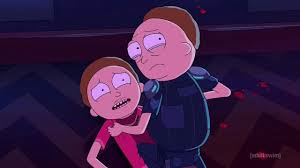 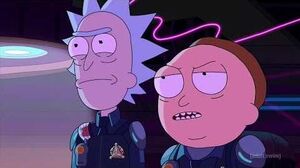