WWE champion of all types (male only)

Big Show is an American professional wrestler and is best known for his on going tenure in the WWF/E. He is the former World Heavyweight Champion on WWE's SmackDown! brand. He is also one of the most decorated wrestlers in the promotion's history, having won every single active male championship in the company, inherently making him a Grand Slam and Triple Crown Champion. Between his time in WCW and WWE, he has won a total of 23 titles. He is known to transition between a face and heel frequently.

Big Show is an American professional wrestler and is best known in the WWE/F. Also Billed as "The World's Largest Athlete", Wight initially came to prominence through his career in the now defunct WCW from 1995 until 1999, then known simply as The Giant.

Wight was born in Aiken, South Carolina in February 8, 1972. After school, Wight worked various jobs including bouncing, bounty hunting, and answering phone calls. Through doing the latter for a karaoke company, he met Danny Bonaduce in a live microphone amateur contest on his morning radio show. Bonaduce introduced Wight to his friend Hulk Hogan.

They had an informal basketball game, as part of a World Championship Wrestling (WCW) promotion for an upcoming show at the Rosemont Horizon. Hogan liked how Wight worked the crowd, and recommended him to World Championship Wrestling Vice President Eric Bischoff. Wight went to the Horizon show, and was invited into the locker room, where he met Ric Flair, Arn Anderson (his boyhood hero) and Paul Orndorff. He later met Bischoff there and came to a deal.

Wight had earlier attempted to inquire about joining the WWF, also at the Horizon, during an autograph session. Promoter and scout Bob Collins turned him away after he admitted he had no experience. He paid Larry Sharpe's Monster Factory $5,000, but due to Sharpe's gout at the time, he was only very minimally trained (Johnny Polo taught him the collar-and-elbow lockup). While there, he made an audition tape and gave it to Mike Chioda, whom he had met in a Philadelphia bar. Chioda forwarded it to Pat Patterson, who did not bother watching it because he assumed Wight was another wrestler, Kurrgan. Only when he saw The Giant debut in WCW did Patterson realize his mistake, to Vince McMahon's displeasure. Wight's first professional wrestling match was on December 3, 1994 for World Wrestling Association in Clementon, New Jersey, where he lost by countout to WWA Heavyweight Champion Frank Finnegan. This was his one and only match prior to signing with WCW. 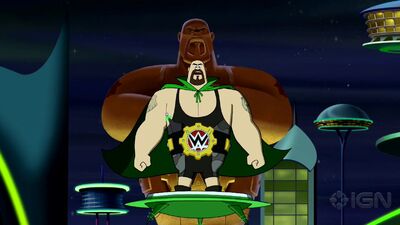 Big Show appears as the (former) main antagonist of the 2017 animated crossover film, The Jetsons & WWE: Robo-Wrestlemania. He was accidentally frozen for a hundred years until being thawed out by George Jetson. Sickened by how people have become so dependent on technology, even letting robots fight in WWE instead of humans, he becomes insane and initiates a hostile takeover of Orbit City, using the wrestle-bots as his minions. The Jetsons are then forced to go back in time and recruit other WWE superstars to help fight him. 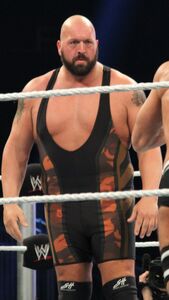 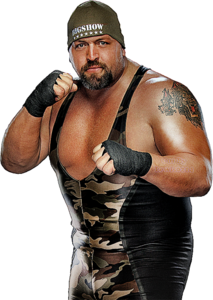 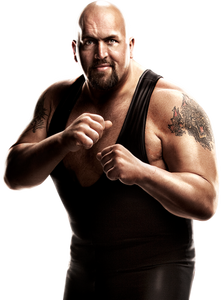 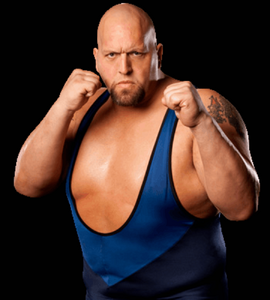 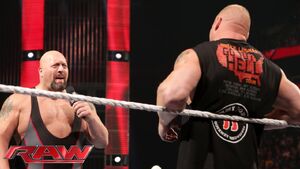 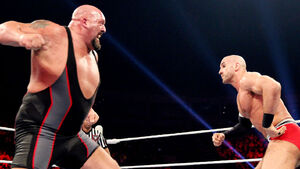 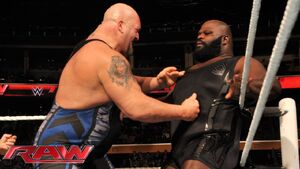 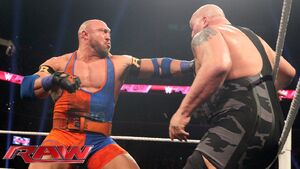 Ryback vs the Big Show 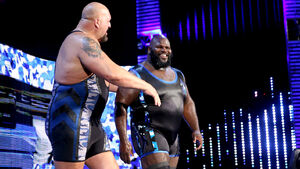 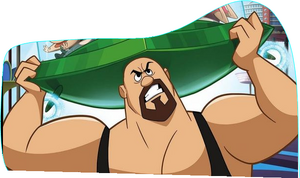 Stacy Keibler's defeat against Big Show when he pulls her skirt down and make her lie on his thigh and gets spanked. 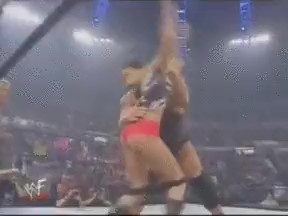 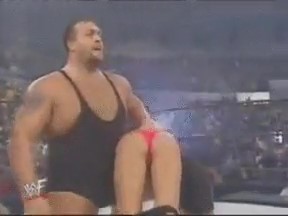 Big show about to spank Stacy 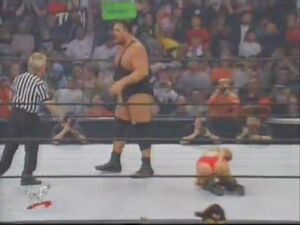