Ensure his position as mascot at any costs.

For years, Big Yellow has been the Yellow Valley High mascot. He is shown to love being the school mascot and would do anything to keep his position. It's implied that he ate (or killed) the former team manager who got too close and told him he was no longer needed due to being a horrible dancer.

Big Yellow tried to defend his position once again when Willie and Drake were holding auditions for a new mascot. However, he was rejected by Willie (who also antagonized Big Yellow further, calling him a "freak"), who wanted to make the new mascot Wolfie. Big Yellow then ate Wolfie while he was walking home at night, somehow placed his severed head in Willie's bed, and sent Willie a message that said he wouldn't let anyone replace him.

When Willie (who thought Big Yellow was just a student in a mascot costume) attempted to break into his dressing room in the school basement, Big Yellow tried to get rid of him by locking him in and unleashing poisonous yellow gas everywhere. However, Willie escaped and confronted Big Yellow in the gym. Big Yellow had finally had enough and ate Willie when he had his back turned.

Drake found out what Big Yellow did (due to hearing Willie's phone inside his stomach) and couldn't do anything about it. Willie is shown to be trapped inside Big Yellow alongside many other victims, calling out for help but doomed to a presumably long and painful death via digestion in the mascot's "belly" which seems to be a hellish prison, since it is much larger on the inside.

During the realization, Big Yellow glared at Drake in a very unsettling way, strongly hinting that Drake would be eaten next, or might be if he ever tried to replace Big Yellow again. 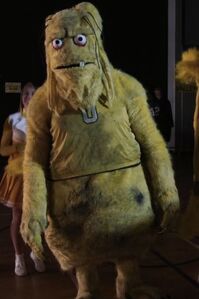 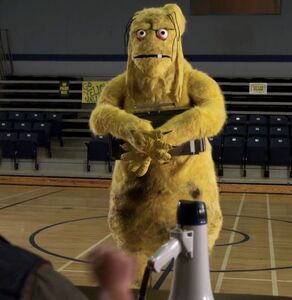 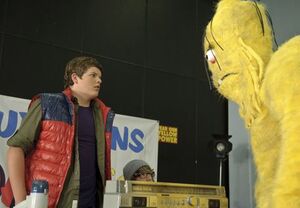 Big Yellow does *not* take kindly to rejection, however.. 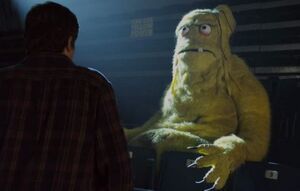 Big Yellow lays in wait for his nemesis to strike 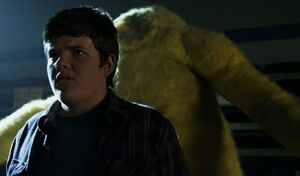 Big Yellow prepares to finally devour his nemesis and ensure he remains mascot. 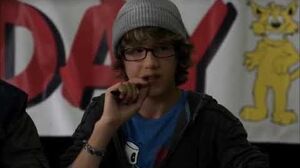