Kidnapping livestock and humans (possibly; blamed for such act).

Bigfoot, or Sasquatch, is a hairy human-shaped ape-like creature that originates from the North American folklore.

The origin of the Bigfoot has been spread through the whole world by the reports of seeing Bigfoot dwells and large footprints. People claimed to actually saw the Bigfoot in real life in North America.

A lot of people speculate that the Bigfoot is just a hoax, while others believe he is/was actually real. Some scientists have found the discounted existence of the Bigfoot.

Some speculate that Bigfoot is roughly about 6-9 feet tall.  Also, the footprints of the Bigfoot are claimed to be as big as 60 centimeters long and 20 centimeters wide.

Bigfoot, as we know it, is a modern take on ancient Native American folklore, which saw the Sasquatch as a more demonic creature capable of taking human's souls via eye contact, and being comparable to other wildmen in folklore from across the world, such as the Himalayan Yeti, the European "Wild Men" of medieval legends, and the Yowie of Australian Aborigine legend.

While modern depictions of Bigfoot tend to show it as a gentle, timid cryptid with no real threat towards humans, there are still some encounters that show the darker side of the entity, though the original supernatural elements of the beast has faded largely from public view, and as such, Bigfoot is seen more as a "missing link" or intelligent primate than its original form as a spirit of the wild.

As mentioned before, Bigfoot is usually peaceful, but there are stories of violent encounters between Bigfoot and people. Some have even blamed Bigfoot for serious attacks on humans and livestock such as kidnap, though Bigfoot is nowhere near as aggressive as the Yeti or other "wild men" of legend. 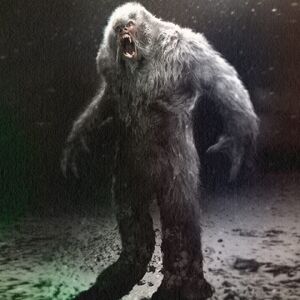 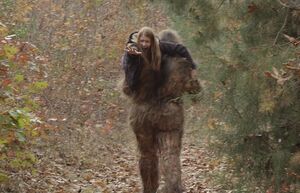 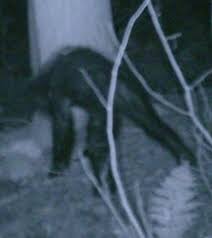 Retrieved from "https://villains.fandom.com/wiki/Bigfoot_(folklore)?oldid=3491635"
Community content is available under CC-BY-SA unless otherwise noted.