Bill (Too Many Cooks)

Skilled with a machete

Bill is a cannibalistic serial killer who stalked and murdered members of the Cook family.

He was portrayed by William Tokarsky.

Little is known about Bill, other than that he has a habit of killing and eating people and that he exists in several realities. Bill can be seen at various points in the video lurking in the background as members of the Cook family go about their lives. At a certain point, Bill begins murdering members of the Cook family with a machete and taking their places in the video. He is also shown cooking and feasting on the flesh of the people he has killed. He is destroyed when he is shot with laser beams by Smarf.

In a future reality, Bill is shown to still be alive. He is seen on a computer monitor smiling at members of a spaceship's crew and later his face is shown to be the cannon of an opposing ship. He is also shown to have a clone army of himself.

Bill also exists in an animated reality in which he continues to chase people around with his machete. 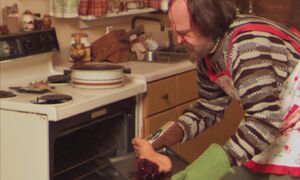 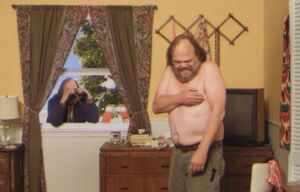 Bill peeping on himself 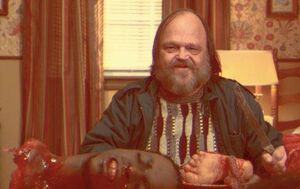 Bill as a laser cannon 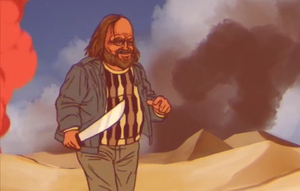 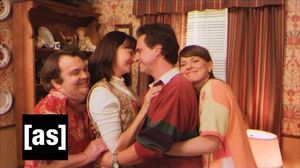 Too Many Cooks Adult Swim
Community content is available under CC-BY-SA unless otherwise noted.
Advertisement