Create a 500-person centipede out of his prisoners and earn respect (succeeded).

William "Bill" Boss is the main protagonist in the 2015 film The Human Centipede 3 (Final Sequence). Along with his second-in-command Dwight Butler he plans to create a 500-human centipede out of the convicts in his prison.

He was portrayed by the late Dieter Laser, who played Josef Heiter in the first film The Human Centipede (First Sequence).

Almost nothing is known about Bill Boss's previous life, however he stated that he hailed from Schweinfurt, Germany where his grandfather owned a swinefarm and as a child watched as he castrated dozens of pigs throughout his childhood.

Bill Boss is a loud-mouth, respect-demanding, racist and sadist and is the warden at the George H W Bush Penitentiary where he is disrespected by the prisoners. He watches The Human Centipede 2 (Full Sequence) with his accountant Dwight Butler, with Bill proclaiming his hatred for the films. He sexually assaults his secretary Daisy when she gives her own opinion on the films, feeling women shouldn't have their own say. Before Bill can be pitched a "brilliant" idea as punishment for the prisoners by Dwight, they are called to an assault on a guard.

Finding one of the guards was stabbed by an inmate, Bill has the prisoner in question pinned down and breaks his arm, and uses racist language and calls the man a "monkey ni**er". Bill and Dwight are visited by Governor Hughes who tells them to clean up their act at the prison, or they will be fired. Bill orders mass castration as punishment, and castrates his nemesis Inmate 297 and eats his cooked testicles for lunch.

Later after getting drunk, Bill suffers from a nightmare of being raped in the kidney by Inmate 297. Dwight pitches his idea of creating a real Human Prison Centipede as punishment towards the prisoners. Bill dismisses the idea seeing it as impossible. They are paid a visit by the film's director and writer Tom Six, who approves of the idea and gives them his blessing, and a doctor confirms that the procedure will be possible with the use of antibiotics and other drugs to keep the prisoners going.

Bill screens the first two films to the prisoners and tells them that they will be included in a real human centipede experiment. This causes a riot and Bill and Dwight lock themselves in Bill's office, with Bill leaving Daisy locked out to be violently beaten by Inmate 178. Police arrive to lock the prisoners away in their cells. Bill uses a tranquilizer to knock out the prisoners for the operation, and allows Tom Six to oversee it (however he is shown to be disturbed by the "real" procedure). Bill later shows Tom Six his new idea "The Human Caterpillar" which involves severing off the arms and legs of the death row and life sentenced prisoners and stitching them anus to mouth. Tom ends up throwing up at the sight, and leaves.

Bill later visits Daisy in the prison hospital, and rapes her comatose body. Daisy ends up being accidental imprisoned in the human centipede. With the 500-person centipede completed, Bill shows it off to Governor Hughes who is horrified by the creation (and especially the sight of the Human Caterpillar). Governor Hughes tells Bill and Dwight they should receive the death penalty for it before leaving. Upset and down, Bill plans to kill himself and Dwight, and he shoots the doctor. However Governor Hughes returns with a change of heart, and happily tells Bill it is exactly what America needs and not to change anything. Dwight is pleased that his idea has been approved. Not wanting Dwight to take the credit, Bill shoots him dead and leaves.

At the end of the film, Bill is naked in the guard tower screaming into a microphone whilst watching over the prison centipede creation.

Bill Boss is a sadistic sociopath, feeling unapologetic for his actions towards his peers and inmates as well as deriving pleasure from the pain he inflicts upon others. He is most prominently a wrathful individual as a majority of his worst actions stems from being provoked either by his peers or his inmates. He is also clearly mysogonistic as he feels as though women shouldn't have their own opinions as well as using his secretary Daisy for his own abuse and sexual purposes while adressing her as "office slut" most of the time as well as raping her almost on a daily basis even when she is in a camotose state in the infirmary.

Despite his vile traits, he is actually shown to be an insecure and fearful individual, as he feared being raped by other inmates (most prominently Inmate 297) and the fact that they continuously taunt him about it drove him to a point where he needed to introduce the most agonizing punishment for his inmates to submit to his authority. However, he does have slight redeemable traits such as hiring a desperate doctor without a license to work for his infirmary (though it poses obvious health threats) as well as befriending his accountant Dwight as they carry out thair escapades together throughout the film. He was also willing to free an inmate from the centipede chain once his sentence is over as well as happily congratulating and complimenting Dr. Jones hardwork during the human centipede procedure.

At the end of the day, he is truly uncaring, selfish, obnoxious and narcisistic megalomaniac who desired full credit for every achievement in his prison, going so far as to kill his trusted friend Dwight to take full credit for the "Human Centipede" idea. Prior to that, his lack of care and selfishness endangered his employees and peers including Dwight, it even got to the point where Daisy ended up being beaten and stabbed to near-death which doesn't faze Bill Boss at all. 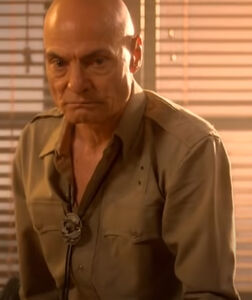 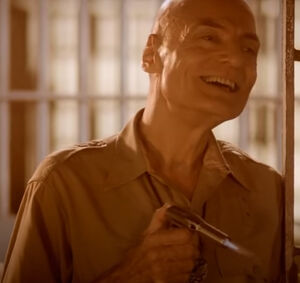 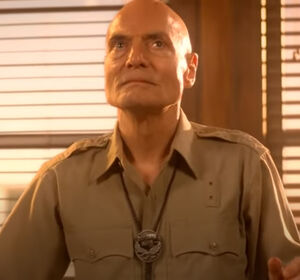 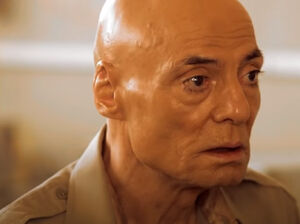 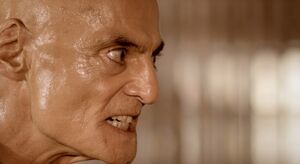 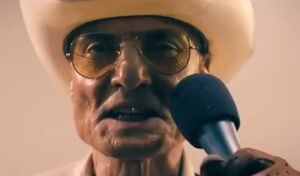 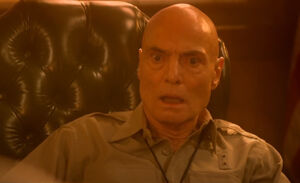 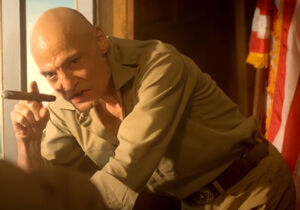 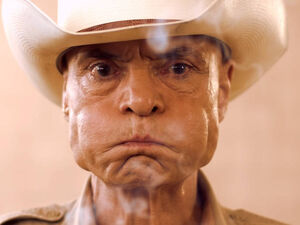 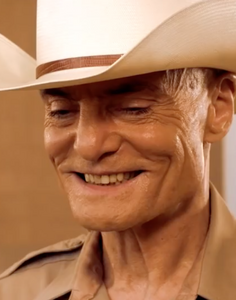 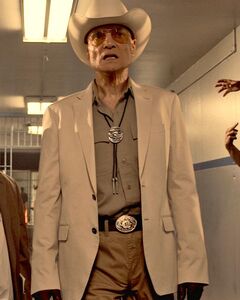 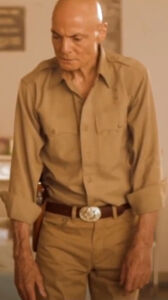 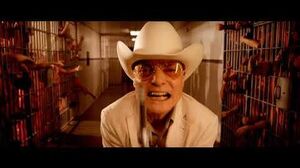 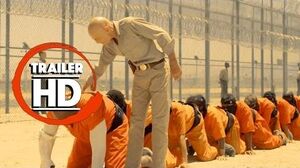