Bill Rogers is the main antagonist of the Criminal Minds episode "Hope". He is a pedophile who kidnaps and inadvertently kills a young girl named Hope Kingston, and later stalks and kidnaps her mother, Monica.

He was portrayed by Jack Colman.

Rogers is obsessed with young girls, and develops a delusional fantasy of creating a family of little girls who are also his lovers. He works as a photographer, and makes his first kidnapping attempt by luring a fourteen-year-old girl to his studio with promises of making her a model. When he began making sexual advances toward her, she got away from him and went to the police, and he went to prison for attempted kidnapping.

A few years after getting out of prison, he saw eight-year-old Hope Kingston at a convenience store, and instantly became obsessed with her. He began stalking Hope and her mother, Monica, even breaking into their house to steal some of Hope's clothes. He also began stalking a twelve-year-old girl to build up his confidence, taking pictures of her without her knowledge as she walked home from school. Finally, he kidnapped Hope from her front yard while she played with her friend Heather, afterward leaving a note on Heather's bicycle thanking her for "letting" him take Hope.

Rogers held Hope prisoner in his attic for years, keeping her chained up and sexually abusing her. He got her pregnant when she was fifteen, which provoked her to commit suicide by slitting her wrists. Devastated, Rogers kept her corpse preserved in the attic. Desperate to "replace" Hope with Monica, Rogers enters her grief support group, making up a story about his pregnant wife committing suicide in order to gain her trust.

After a few months in the group, Rogers kidnaps Monica after a meeting and takes her to the gas station where he first saw her and Hope. He then takes her to the house where he held Hope captive, where she finds her daughter's mummified corpse. He tells Monica that Hope was pregnant with his child at the time of her death, and reveals his true plan: to get Monica pregnant and "recreate" Hope. When Monica tries to escape, Rogers subdues and rapes her.

Penelope Garcia, a technical analyst for the FBI's Behavioral Analysis Unit (BAU) who moderates the support group, becomes obsessed with finding Monica, and eventually intuits that Rogers is the kidnapper. She uses her research skills to uncover Rogers' true identity and criminal history, and her fellow BAU agents theorize that he is trying to create a replacement for Hope by forcibly impregnating Monica. Garcia then finds Rogers' address.

After Rogers rapes her, Monica expresses her contempt for him by saying that Hope killed herself because she couldn't stand the thought of giving birth to his child. Enraged, Rogers tries to kill her, but is interrupted when the BAU breaks into his house to arrest him. Garcia acts as a hostage negotiator, persuading Rogers to let Monica talk to her on the phone. Rogers tells Garcia to come inside to talk to him, and she does in order to distract him while her fellow BAU agents Derek Morgan, Jennifer Jareau, and Spencer Reid enter his house through another entrance. A standoff ensues that ends with the BAI agents persuading Rogers to lower his weapon. Before they can take him into custody, however, a vengeful Monica shoots him dead. 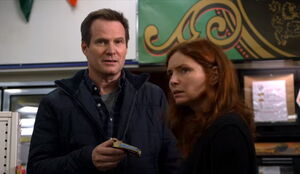 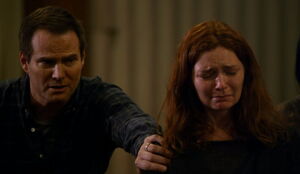