Aid Huxley in his plans to own everything in Grouchland (formerly).

He is the lead henchman of Huxley, who steals Elmo's blanket. He and the Pesties mislead Elmo into thinking it's the right direction, but will lead him somewhere else. After he heard complaints from Elmo for his blanket and the Grouches for the trash and items Huxley stole after the gang arrived at his castle during the scenario for the incidents that occurred in the previous day where Elmo lost his blanket, he uses the helicopter to get a hold of his blanket and then gives it back to Elmo. When Huxley was going to change his mind because of the incidents he caused, Bill broke up the friendship and arrested him.

In Panwapa Island, he is the tritagonist. He tracks the location of the island on globe and discovers things around the world. Bill made (so far) one guest appearance on a Sesame Street episode "Good-bye, Elmo, Hello, Jelmo" on Season 37. 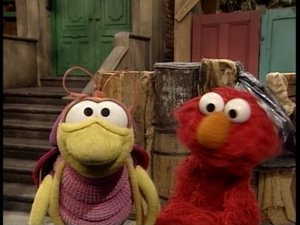 Bill the Bug with Elmo in the interview feature video. 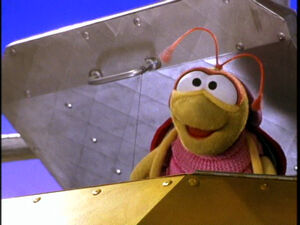 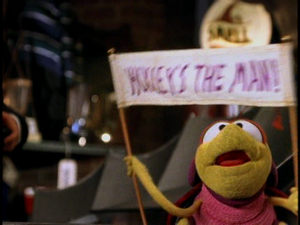 Bill is holding up the sign saying "Huxley's the Man!". 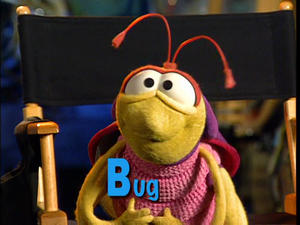 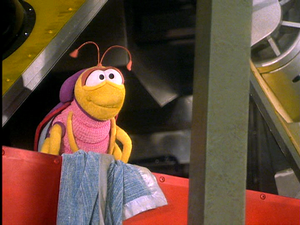 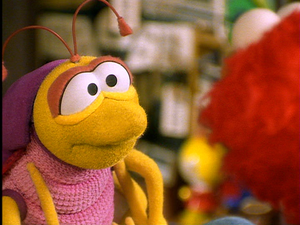 Bill gives Elmo back his blanket. 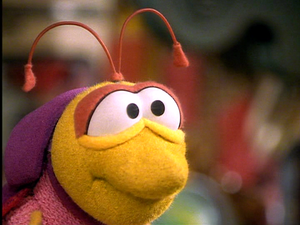 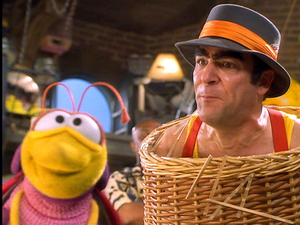 Bill rejects Huxley's apologies because of the severe incidents of stealing property and Elmo's blanket that he caused, calling him a greedy selfish villain.

Bug in his boxing outfit 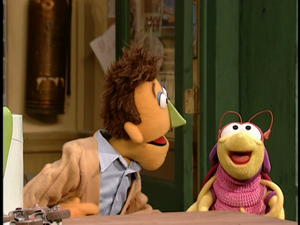 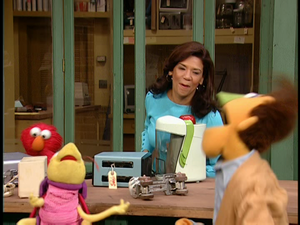 Bug dancing with Elmo and the gang. 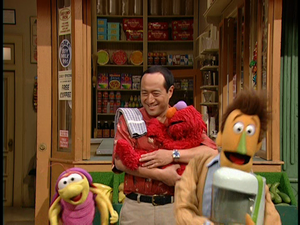 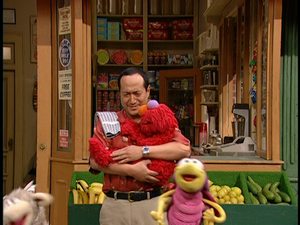 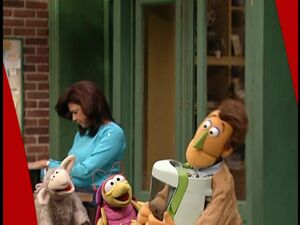 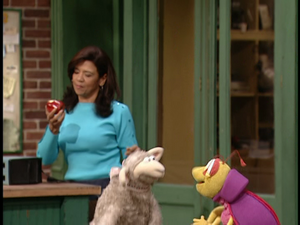 Retrieved from "https://villains.fandom.com/wiki/Bill_the_Bug?oldid=3494097"
Community content is available under CC-BY-SA unless otherwise noted.