Feeding dead bodies to The Hole.

Follow his teachings and feed dead people to The Hole until it's satisfied.

Billy is an assumed member of some religious cult and a titular villainous protagonist from the indie horror game Feed Me Billy. He also appears as an antagonist in Evil Clowns and Scary Tales Vol. 1 by the same creator.

The game starts with Billy waking up to a call on his phone. Upon answering it, he hears a preaching from a cult member congratulating him on completing certain series and encouraging him to open the last package they've sent him in order to utilize it's contents to "create a perfect world". In Billy's closet resides an unknown creature taking up an entire room with it's flesh and a large gaping hole with sharp teeth on the floor. On a kitchen table we see an open package with an ominous eye symbol and letters CFV. Near it are laying a revolver and a clown mask. Equipping himself with these, Billy goes to the garage and drives away in his red pickup truck in search for "food". He finds it near the gas station at night, a lonely woman talking to someone on the phone. He parks nearby, creeps up to her and shoots her to death, loads her body in the truck and escapes. Once at home, he brings the dead body to the Hole and throws it down there.

The next day starts with Billy waking up to a note that someone have slipped under his front door. There is nothing in the closet, besides several parcel boxes from the aforementioned cult and three blue overalls. The note was clearly written by someone unhinged and accuses Billy of his deeds. Nevertheless, he equips himself with clown mask and revolver and sets off on another murderous spree. This time, he drives into the desolate woods where a group of two females and a man are having a vacation picnic. Billy catches them off guard, guns down all of them and loads the bodies in the truck. While carrying bodies inside his home to the Hole he sees a hallucination of his own figure standing in front of the closet.

The last known day of his ventures starts with a vivid nightmare in which upon waking up Billy is ambushed by his own copy that kills him and runs away. He also receives another call, but this one is an unsettling repetition of a phrase "You need more victims". The Hole in his closet is gone again and a new note has been slipped under the door, more insulting and aggressive than the previous one. Billy follows his routine MO, driving to the neighborhood consisting of several small houses and trailers at night. He barges into the only lit up house where a man exercising and a woman talking on the phone share the same grisly fate as all his other victims. He feeds them to the Hole, which in return spits out a goat-like creature made entirely of red flesh. Billy's quest is done, his further fate is unknown.

His only other appearances are as a killable enemy in an arcade horror game Evi Clowns (which is most likely not canon) and as a laughing apparition/hallucination in the end of Scary Tales Volume 1 story mode.

Billy is a rather mysterious person with not much known about his intentions, other than the fact that all the calls and other incidents in his life, such as the Hole in his closet, might just be a psychotic hallucination, meaning that the bodies that he has been bringing to his closet might have been disposed off off screen or even consumed by Billy himself as food. If we assume that they are real, he might have been brainwashed by some unseen cult and murders people out of necessity to sacrifice them to the Hole, seeing it as his only purpose in life. He shows remorse for his actions at first, as seen from his comments on the dead bodies of his first four victims, but seems to get used to it and wards off any emotions with the last two killings. He can be described as quite organized in his crimes, to the point of paranoia when he refuses to leave his apartment through the front door and sees visions of himself getting killed and/or found out. It is entirely possible that he is dissociative, given the fact that the notes that he finds twice near his front door seem nonsensical and poorly written (not to mention the fact that any sane person upon finding out about their neighbor's crimes would just report them to the police instead of making notes). His apartment is littered with all kinds of garbage and the TV is constantly on, indicating the unhealthy level of his dedication to serving the Hole. 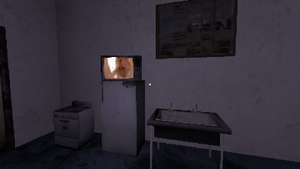 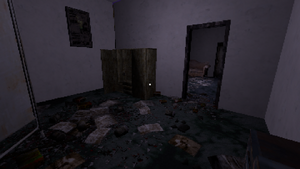 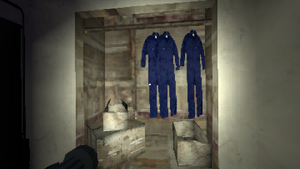 Billy's closet without The Hole. 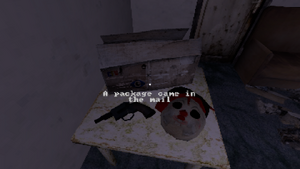 The parcel and it's contents. 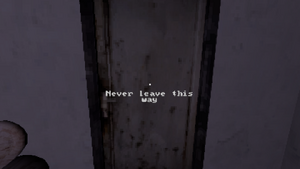 The front door and notes found near it (probably written by Billy himself). 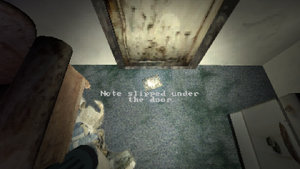 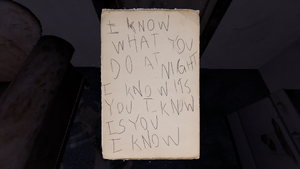 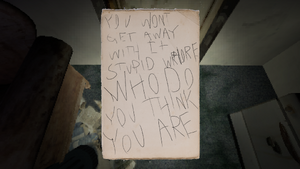 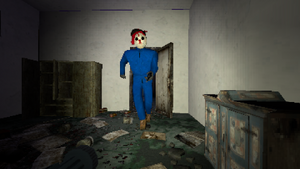 Billy during his hallucination nightmare. 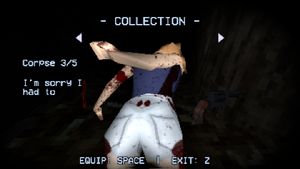 Billy expressing remorse about his deeds. 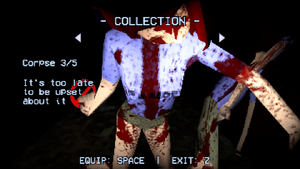 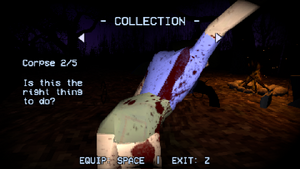 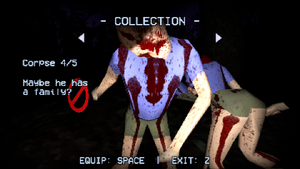 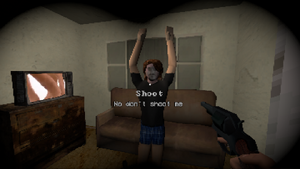 Billy about to claim one of his last victims. 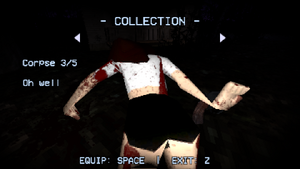 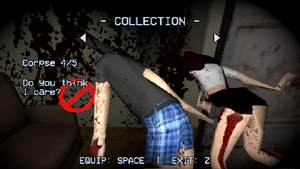 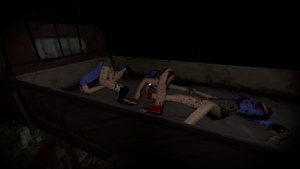 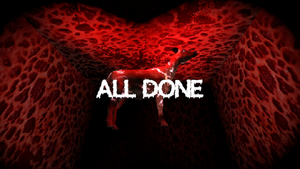 The fruit of Billy's deeds. 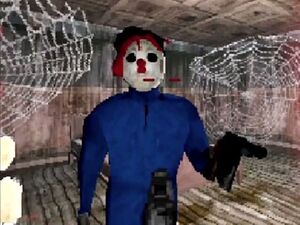 Billy in Evil Clowns.
Add a photo to this gallery

Retrieved from "https://villains.fandom.com/wiki/Billy_(Feed_Me_Billy)?oldid=3654779"
Community content is available under CC-BY-SA unless otherwise noted.