Billy Boy is a minor antagonist in the Gotham season 2 episode "A Bitter Pill to Swallow" and was hired by The Lady to kill Detective James Gordon.

He is portrayed by Jon Sklaroff.

Billy Boy (name unknown) is a contract killer who hangs out at an illegal casino in Gotham City ran by The Lady. When Tabitha Galavan puts out a hit on Detective James Gordon, the Lady accepted and hired Billy Boy to do the job.

Billy Boy was sent to the headquarters of Tabitha's brother Theo Galavan, where the police were collecting evidence after his arrest for the involvement in the kidnapping of Mayor Aubrey James. Whilst Gordon got into the elevator to head up Billy Boy quickly slipped in. After making conversation with Gordon, Billy Boy produced piano wire in which he used to try and garrote Gordon. Gordon managed to overcome Billy Boy and knocked him unconscious and took him into the penthouse, revealing to the police and Captain Nathanial Barnes that he attempted to kill him.

When the Lady came to realize Billy Boy didn't carry out the hit, she sent out more contract killers to the penthouse. Billy Boy then told the officers that if the job isn't done, she will keep sending more. He is handcuffed to a staircase whilst Gordon, Barnes and two other officers prepare to defend themselves. A shootout ensues, and Billy Boy manages to pick the lock to his handcuffs and takes Officer Parks hostage, threatening to kill her. Gordon then shoots Billy Boy in the head, killing him. 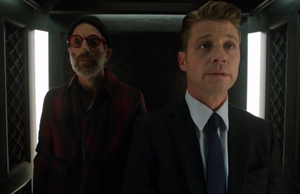 Billy Boy in the elevator with Gordon. 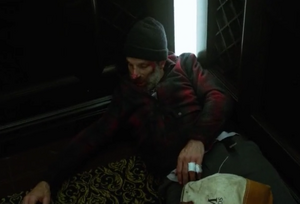 The hitman is knocked out. 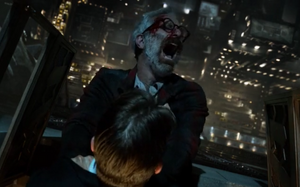 Gordon interrogates the hitman by holding him out of the window.