Hitting baseballs into the lake

Kill his former teammates who bullied him, nearly killed him, and drove him crazy.

Billy Haskins is the main antagonist of the 2013 slasher film Billy Club. He was a little league player who got fed up with being bullied by his teammates and coach. So, he murdered two of them and the coach, but was caught and sent to a mental hospital. Fourteen years later, Billy was released due to developing an alternate personality known as The Umpire, who tricked a rehabilitation program into believing that he was better. Now, hell bent on revenge, Billy returned to Two Rivers.

He is portrayed by Marshall Calswell as an adult, and Sebastian Weigman as a child.

Once a member of the Two Rivers, Wisconsin Blue Birds Little League, Billy was always harassed by his teammates and coach for being a bad batter. One night in the year of 1981, after costing them a game, his teammates tied him up and put him in a makeshift dunk tank. Each member threw a ball at the target but missed, until Alison McKenzie was talked into doing it, and hit the target causing Billy to fall into the water. Because he was tied up and the latch to the tank was stuck, Billy nearly drowned. However, he was saved by The Umpire, who told Billy that he should fight back against his bullies. Billy took the advice to a whole new level, and murdered two of his teammates and the coach with a baseball bat. He was caught by police, but declared insane, so he was sent to a mental hospital.

Fourteen years later, Billy was given a shot at revenge, when a rehabilitation program came to interview him. With his alternate personality taking over, the interview ended up getting him released. He returned to Two Rivers and built a dungeon near the lake, where he concocted his costume, weapon, and scheme. That Halloween, he killed Vanessa Holiday and took her body back to the lake. 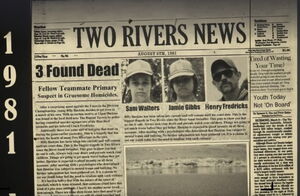 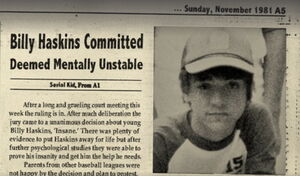 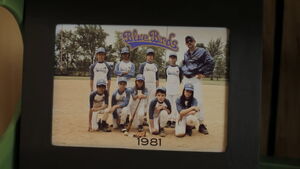 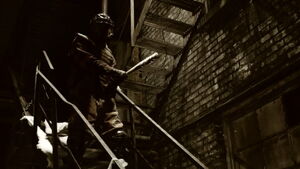 Billy appears for the first time to kill Bobby Spooner. 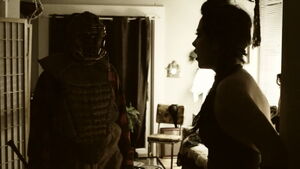 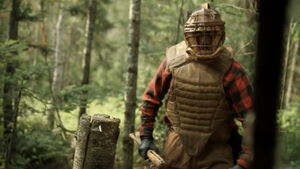 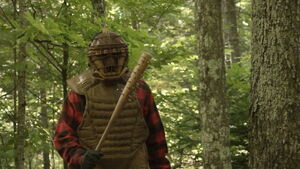 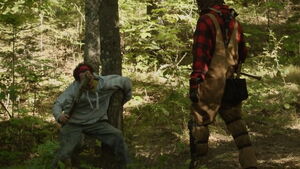 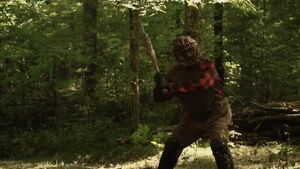 Billy about to decapitate Danny. 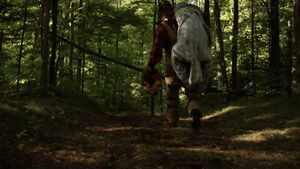 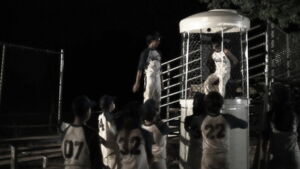 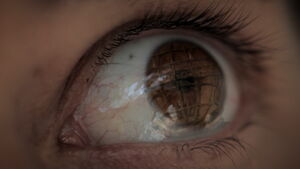 The Umpire shown in Bobby/Billy's eye, hinting at the alternate personality. 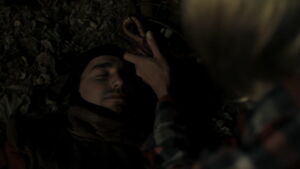 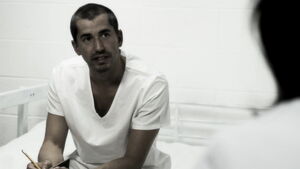 Billy in a mental hospital being interviewed. 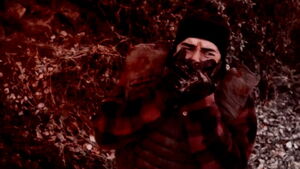 The Umpire choking Billy.
Add a photo to this gallery
Retrieved from "https://villains.fandom.com/wiki/Billy_Haskins?oldid=4032897"
Community content is available under CC-BY-SA unless otherwise noted.