Right Hand of the King

Superhuman agility
Pyrokinesis (through his staff)

Staying with his sister.
Doing laundry.

Billy Kane is a major antagonist in the Fatal Fury and The King of Fighters series.

Billy and his sister Lilly were orphans in London. They both lived a poor life, with Billy having to look over his sister while trying to find some decent job. He eventually finds a job in a factory in South Town, but this changed little his life. One day, unable to bear that humiliation anymore, Billy went crazy, taking an iron tube and beating everyone in the place. At that exact time, the owner of the factory was paying a visit and witnessed the entire scene.

Billy was already expecting the worst, but the man, Geese Howard, was really impressed, and offered Billy to become his bodyguard and right-hand, while he would pay him to train fighting. Billy couldn't believe, accepting the proposal. Billy became a master in Bojutsu (fighting with a staff), serving Geese as his most trusted henchman. Geese hosted the King of Fighters tournament every year, deciding to enter Billy in the competition in order to keep anyone from winning the tournament, remaining the undefeated champion for years. Billy was defeated in the tournament by Terry Bogard, who wanted to take on Geese.

After Geese is defeated and is apparently dead, Billy returns to England. He is invited by the heir of the Stroheim family, Wolfgang Krauser, to be his bodyguard and enter his now international King of Fighters tournament. Billy accepts the offer, but he actually was undercover to investigate Krauser and to find a Geese impostor. After Krauser's defeat, Billy returns to his job as a bodyguard of Geese, who was now healed. Geese sends Billy to defeat Terry Bogard when he decides to fight Geese and stops him from reading the sacred scrolls he stole. Billy is once again defeated, and Geese dies definitely. With Geese's death, Billy once again returns to London to take care of his sister.

Billy's biography is identical, except Geese isn't dead in this continuity. As a result, he is consistently following Geese's orders in all of his appearances.

In The King of Fighters '95, he became one of the members of the Geese organized Rival Team, which included Iori Yagami and Eiji Kisaragi. His orders were to get revenge for Geese's defeat by the Bogard siblings. In his team's ending, he was badly beaten by Iori in the tournament's climax. In the 1996 tournament, Billy stayed on the sidelines and saved Geese's life from a sniper sent by his teammate Mr. Big. The following year, he teamed up with Blue Mary and Ryuji Yamazaki to investigate Orochi and the effects of Orochi blood in humans, such as on his former teammate turned personal enemy, Iori.

Although he is often paired with these two in many appearances, Billy didn't officially enter another tournament until 2003 with Gato and Yamazaki. His personal orders from Geese were to keep a close eye on them, especially Gato, since his father could be tracking him. Remembering the broker's attack on Geese after their last team up, Billy remained hostile to Yamazaki throughout the tournament. In their team's ending, the duo fight to an unknown conclusion. While not canon, Billy later returned in The King of Fighters XII as a DLC character.

Regardless of the outcome, Billy survived Yamazaki's attack, and when the tournament set in The King of Fighters XIV is announced, Billy recruits Hein at Geese's behest so they could participate. Billy returns in the following game, The King of Fighters XV, on Team South Town once more, although with Hein being swapped out for Yamazaki. In his team's story, Billy sets out with Geese and Yamazaki in order to fight two unknown figures seeking power in the criminal underworld, although the alliance between him and the latter is clearly uneasy.

Billy appears as a background character in the King of Fighters Stadium stage.

Billy is never really an evil person. He has a strong sense of loyalty and gratitude towards Geese not to mention that he is mainly doing crimes just to make money to provide for his sister Lily. He also despises traitors and anyone who insults Geese, but what he really hates is cigarettes, attacking anyone who smokes in front of him. 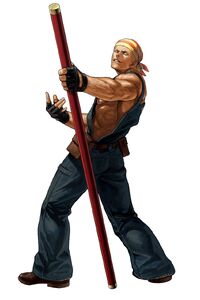 Billy Kane in The King of Fighters XIII.

Billy Kane in The King of Fighters XIV. 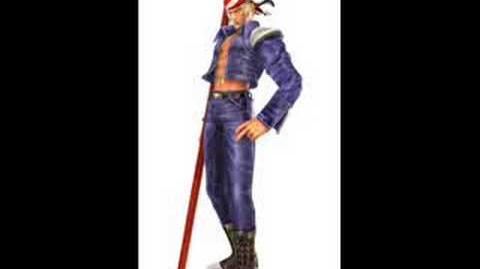