Get revenge on the pilot who ruined his life.

Tragic Murderer
William "Billy" Ray Stillwell is a former farmer who was badly disfigured after an attempt on his life by his wife and her lover and an anti-hero from Twisted Metal: Black.

Billy Ray was once a farmer, happily married to his high school sweetheart, Annie. He worked hard with a second job as a night tow truck driver; picking up stranded motorists, and lived a simple and pleasant life. One afternoon, Billy was walking through his cornfield as he always did to check on his crops. He noted that they looked very good this year and if he made enough extra money, he figured that he might be able to buy Annie the ring she'd taken a liking to in the city. However Billy noticed the plane that dusted the fields approaching, even though there was no spraying scheduled. He tried to warn the pilot that he was there, but that proved ineffectual and Billy passed out quickly in the fumes. He woke up, severely deformed and in terrible pain and headed back to the house, hoping Annie would know what to do. However, when Billy arrived, he found his wife in the arms of the pilot who'd gassed him. In a blind rage, Billy picked up a nearby hoe and attacked the two. The pilot got away, but Billy was focused on Annie and he killed her with the hoe. He hit her over and over again, continuing for over an hour before anyone else showed up, and left his wife's body unrecognizable. Billy was placed in an asylum, where he was forced to constantly reflect on all he'd lost and sometimes hallucinated that the pilot was coming after him again. However Billy was visited by Calypso, who offered him a place in his Twisted Metal contest, telling him he could have his heart's desire if he won. Recognizing an opportunity, Billy accepted, determined to have his revenge on the pilot. He managed to win the competition and went to see Calypso, who was as good as his word. He brought Billy back to his farm, where he had the pilot gagged and bound by ropes, right in front of his plane. Calypso told Billy that to get his prize, he just had to step aboard and he did so, driving the plane right into the pilot and tearing him apart with the propeller. Billy noted how good killing the pilot made him feel and decided that he'd found his true calling. He gave up farming and moved into the city, wondering what kind of trouble he could get into.

Billy Ray's vehicle is Junkyard Dog, the run-down tow truck he used previously in his second job. It is equipped with a set of mounted guns and various other weapons and can utilize a flaming spiked ball that it throws using its tow hook.

Billy before everything went wrong 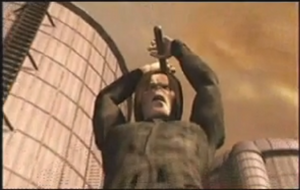 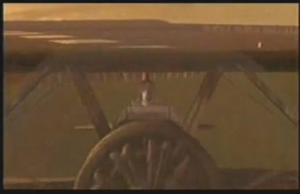 Billy having his revenge 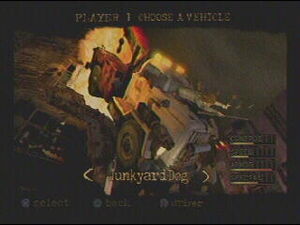 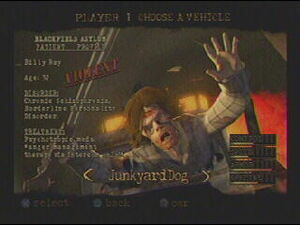 Retrieved from "https://villains.fandom.com/wiki/Billy_Ray_Stillwell?oldid=3700764"
Community content is available under CC-BY-SA unless otherwise noted.