The Biomass' is a hostile species from the novel and game Metro 2033.

Biomass was found during the quest for nuclear launcher (for more details, see please site Dark Ones). When squad of stalkers found Metro station under Kremlin, station looked deserted - only thing what left there was armored train, ready for departure. When they moved deeper into station, a strange thing occurred, elevators, unused for good twenty years suddenly started to move.

In the video game, the biomass is a giant biological mass on top of the reactor in D6, found in the Biomass level. It has an amoeba pore and several giant tentacles it uses to kill anyone trying to separate it from the reactor. It draws power from the reactor, which is why it attempts to stop Artyom from activating it. Artyom must run past the creature to the crane and manually lift each cell up to activate the reactor, before the biomass destroys the crane.

After the reactor is activated, and the Biomass quelled, Miller mentions that they should return to "finish what [they've] started, but after [they've] dealt with [the] dark ones". Artyom and Miller then leave the injured biomass to head to the tower on the surface.

In Metro: Last Light, two notes found in Red Square describe a creature living the Kremlin that lured creatures to it - which is very much like the Biomass in the novel as described below. 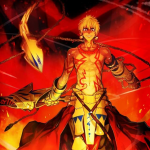