The Ascetic and a Left Foot Sock

Member of the Checkmate Four

Recreate the Checkmate Four.
Revive the previous Fangire King (both in 2008).

Bishop, the Swallowtail Fangire, whose true name is The Ascetic and a Left Foot Sock, is one of the Checkmate Four and the secondary antagonist of Kamen Rider Kiva.

Bishop's duty as member of the Checkmate Four is to oversee the progress of all Fangires and their moral conduct, punishing those who defy the Fangire laws such as having relations with humans.

He was portrayed by Mitsu Murata.

As the previous King's right hand, he oversees Taiga Nobori's development while not leaving Castle Doran to carry out his mission, even reporting to the previous Fangire King of his queen's actions with Otoya Kurenai.

Bishop appears before Mio Suzuki to have her embrace her destiny as the new Queen before searching for Taiga to become the new Fangire King and complete the Checkmate Four. But once learning that Kiva is Wataru Kurenai, the son of the previous queen Maya, Bishop feels that the youth would another disruption in the Fangire hierarchy as his father had in the past. When his fears come true when Mio attempted to kill Taiga so Wataru could be the new King, Bishop killed her during the fight between Wataru and Taiga while making it seem that the former is responsible to break his will to fight against them.

However, after proudly admitting the true story behind Mio's death, Bishop finds himself forced to flee when Taiga tried to kill him in a fit of utter rage. Furious about Taiga's attempt ton his life, Bishop deems Taiga unfit to bear the title of King and decides to revive an army of Fangires to gather a massive amount of Life Energy to resurrect the previous King to take Taiga's place. By that time, Bishop obtains an enemy in Kamen Rider Ixa. After being fatally wounded by Rising Ixa, Bishop then uses his own soul to complete the ritual to revive the Fangire King as Bat Fangire Reborn. 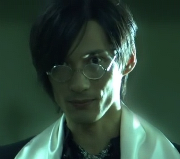 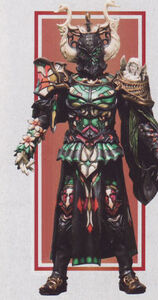 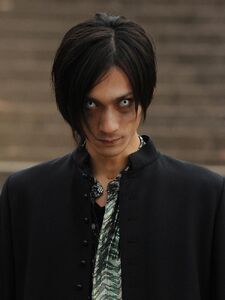 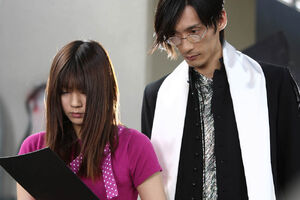 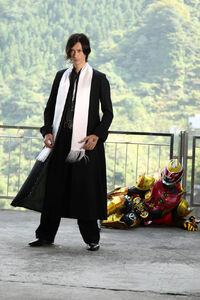 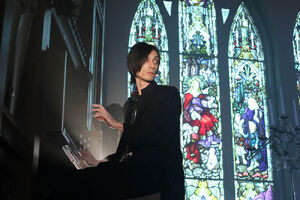 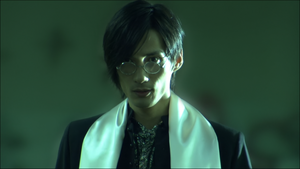 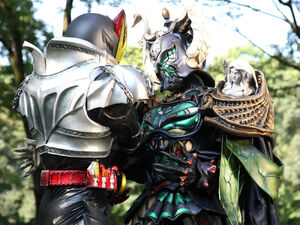 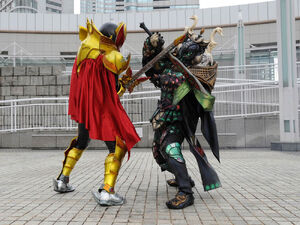 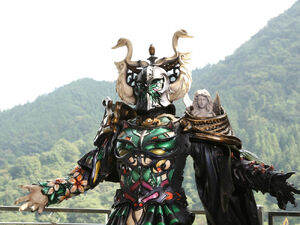 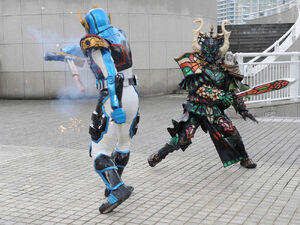 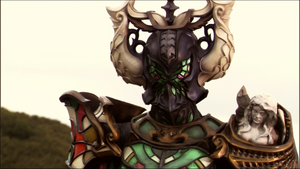 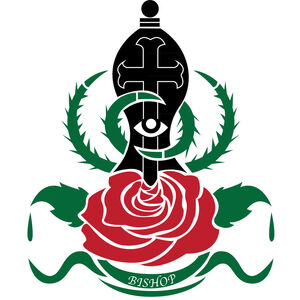