Leading member of the Order of Zugzwang

Open the gate to Nadiria

Bishop Ladja (in Japanese: ゲマ) is a major antagonist from Dragon Quest V, often considered one of the most manipulative and heartless characters in the entire series. He holds a major position in the controversial Order of Zugzwang.

Bishop Ladja maintains his role as a prominent antagonist in the 2019 3D CG anime film Dragon Quest: Your Story, where he was voiced by Kōtarō Yoshida in the original Japanese version and Jason Marnocha for the English dub.

In reality, Ladja serves as the proper right-hand to Grandmaster Nimzo (unlike King Korol who is more of a puppet), overseeing the kidnapping of children to serve as slaves on Crocodilopolis and also working to prevent the arrival of the Legendary Hero. He first meets the player when he is still a kid, while he's trying to escape with Harry, the kidnapped Prince of Coburg. Ladja immediately proceeds to defeat the two kids, but just then the player's father, Pankraz, arrives and attempts to save them, being forced to fight Ladja's two henchmen, Kon the Knight and Slon the Rook. Though Pankraz easily beats them, Ladja pulls out a dirty move and threatens to decapitate his son, forcing Pankraz to back off while the two henchmen beat him up. As Pankraz gives his final words to his son, Ladja conjures Kafrizzle to brutally incinerate Pankraz in front of his son. The player is then taken along with Harry to serve as slaves.

Ladja is confronted again much time later when the player, now The King of Gotha, goes after his wife, who had been kidnapped by Kon The Knight. After Kon is killed, Ladja appears, recognizing the player's wife as being of Zenithian lineage. He turns both into stone statues so that she can't give birth to the Legendary Hero (unfortunately for the villain, The Hero had already been born prior to the kidnapping).

Ladja next appears inside of the Talon Tower, awaiting for the player to arrive after the Dragon Orb necessary to restore the power of the Zenithian Dragon. Though he is defeated, he promises to meet the hero again. He appears again in Crocodilopolis, after the player defeats King Korol, who pledges for Nimzo to help him, but Ladja appears and proceeds to kill him in the same manner as he did to Pankraz for his failure.

Ladja's final appearance is inside Mt. Zugzwang, right after player finally meets with his mother Mada, who had been kidnapped prior to the game's beginning so that Nimzo could drain her magical powers. As Mada starts praying for the Goddess, Ladja's signature spell hits her as Ladja finally appears, revealing he's been waiting for this moment just so he could kill Mada in front of the player the same way he did with Pankraz. He once again fights the player, but this time is truly defeated. He pleads Grandmaster Nimzo to save him, however a mysterious force strikes Ladja, and he's ultimately disintegrates the reviled reverend.

Ladja is the cruel, sadistic, and oppressive priest of the Order of Zugzwang. He doesn't care one bit for anyone who isn't a member of the Order, and will immediately turn on anyone who questions it, otherwise he is useless to it; this is shown when Maria starts to see the cruelty of the Order and Ladja demotes her to one of the slaves. He speaks with a Russian accent in the English versions; his speech patterns resemble that of the citizens of Zamoksva in Dragon Quest IV. 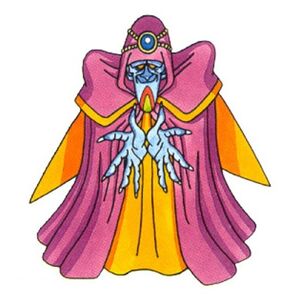 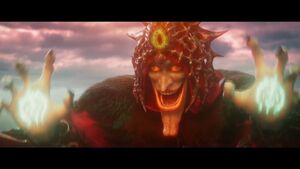 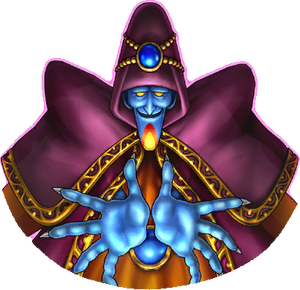 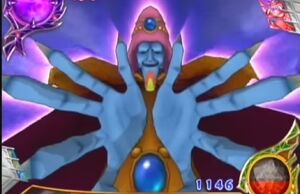 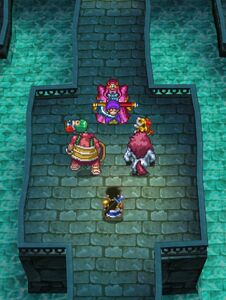 Ladja threatening to kill the hero