Member of the Brotherhood of Makuta.

Assist the Brotherhood of Makuta to overthrow the Great Spirit and conquer the Matoran Universe.

Invade Karda Nui. (partially succeeded)
Kill the Toa Nuva.
Prove his worth as the high-ranking Makuta.

Over 100,000 years ago, Chirox was created by the Great Spirit, who used

After stealing the Mask of Ultimate Power from Metru Nui, Chirox and Bitil headed towards the island of Mata Nui, who was now in ruins following Mata Nui's reawakening with the Uniters hot in their pursuit. When they got there, they find the spot for reviving Teridax in Po-Koro as Bitil placed the Forbidden Mask onto Teridax's face while Chirox used the power to revive their leader. The revival was a success as Teridax was brought back to life in both his new armor and the mask. However, the Mask of Ultimate Power have also turned Teridax into a mindless beast as he killed Chirox with a bolt of energy. Bitil became terrified of his leader's betrayal and tried to escape from his rampage. However before he could do so to get out from the island, Bitil was pertrified by Teridax, who proceeded to devoured him by ripping his head off and eating it before eating the rest of his body as the Uniters watched the scene in disgust. 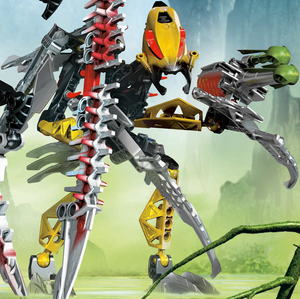 Bitil as he appears in the set. 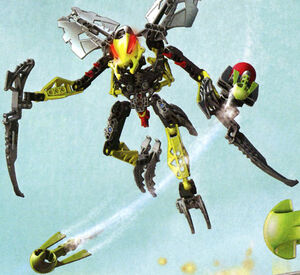 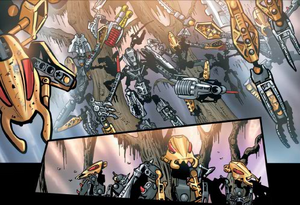 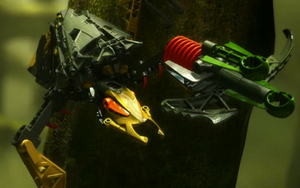 Bitil as he appears in the animated series. 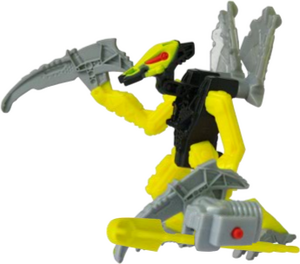 Bitil as the McDonald toy. 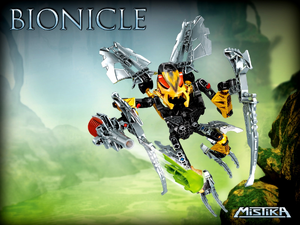 Retrieved from "https://villains.fandom.com/wiki/Bitil?oldid=3700788"
Community content is available under CC-BY-SA unless otherwise noted.