"The Monster Mountain" is a malevolent gargantuan beast imprisoned within a jar by the Briscoletti Family ages ago. When the seal breaks loose he immediately goes after the town of Mostroferrato, intending to take revenge on the last descendant of the Briscolettis. Rodrigo Briscoletti calls upon the game's hero to keep watch while he prepares to fight the beast, but Bjørn arrives before he's ready so the hero fights and defeat him by himself before he can cause more damage. He drops the Ultimate Key when defeated, which can open all important doors in the game.

He's one of the hardest bosses in the game and easily one of the largest monsters in the franchise with Orochi, Rigor Mortex, Rhapthorne and other new monsters introduced in the newer Dragon Quest Monsters games.

He plays a major allied role in Dragon Quest X, holding off Nadraga's decoy body until the Hero gets inside to destroy the real Nadraga. 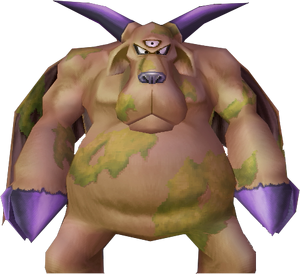 Bjørn in the PS2 version of Dragon Quest V 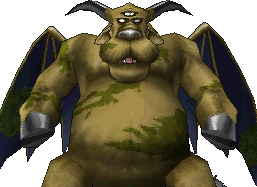 Bjørn the Behemoose as seen in the trailer of Dragon Quest: Your Story 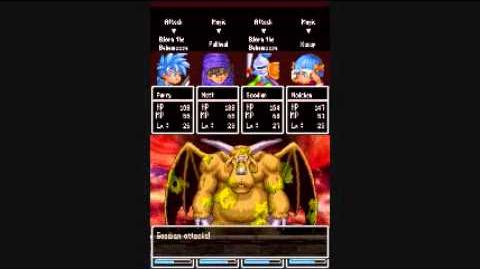