The Host of all the Bloodbath Challenges

Hosting the Bloodbath Challenges.
Killing.
Being over the top.

The Black Baron is the final boss and a major antagonist of the 2009 video game MadWorld. He serves as the host of mini-games known as Blood Bath Challenges. Later on, it is revealed that the Baron is ranked first on Deathwatch, as well as being the final boss in the game.

After Jack fights his way through the various enemies and mini-bosses he's previously fought and killed, he ascends The Tower to fight the mysterious final boss. Upon reaching the top, it turns out that the final boss is none other than the Bishop of Blood and Carnage as well as the Host of the Bloodbath Challenges, the Black Baron. Jack fights the Baron in a sky-high boxing arena called the "Ring of Madness", with the geishas and Mathilda ringside on the opposite sides of the ring supporting their respective competitors. The song "Look Pimpin!" starts playing in the background, and the fight begins. The Baron starts out by doing some kickboxing techniques on Jack Cayman, and blocking his chainsaw. If the Baron manages to toss Jack out of the arena, Mathilda beats up Jack with a spiked bat and bat swings him back inside the arena, dealing a huge amount of damage to Jack. Afterwards, the Baron and Jack engage in the first of two power struggles.

After he is defeated in the first power struggle, the Baron unleashes his supernatural abilities on Jack. The music then switches to the song "So Cold". The Baron has a lightning fast kick, a strong rocket punch that can knock Jack out of the ring, and a black hole that's an instant kill. Afterwards, the Baron and Jack engage in the second and final power struggle.

After Jack defeats the Baron in the second power struggle, Jack unleashes his full power on his mechanical arm and punches the Baron out of the ring, which causes the Baron to lose some of his teeth, and into the crowd. After the Baron is dropped back into the ring via helicopter, as Jack prepares to finish him off, Mathilda betrays the Baron for losing against Jack, throwing the spiked bat at the Baron, hitting him in the head and dazing him. Mathilda proceeds to leave the arena, while posing for the crowd as she departs. The spiked bat rolls towards Jack, who grabs it, while two helicopters come in with the Man Darts Board. Jack proceeds to give the Baron multiple slaps to the face, before swinging the bat and striking the Baron, sending him flying into the bullseye of the Man Darts Board, defeating him and winning Deathwatch.

A character similar to the Black Baron appears, named the Blacker Baron. He along with Mathilda encounter Jack Cayman. Instantly, the Baron wants revenge on Jack for losing DeathWatch. The Baron has a few new tricks such as gauntlets that wield retractable phoenixes that emits fire. After the Baron lost to Jack Cayman, both he and Mathilda decided that they wanted to help him finding Maximillion.

He is said to not be the same character as the original Black Baron. His black skin color is his natural one, opposed to the Black Baron's blackface.

The Black Baron is a Caucasian pimp masquerading as a African-American. He is known to wear extravagant clothing, has tattoos on his body, and has the words, "Death Watch", engraved on his teeth. 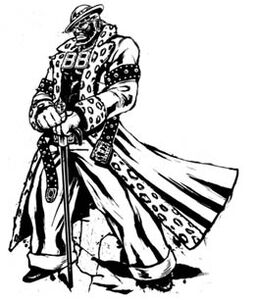 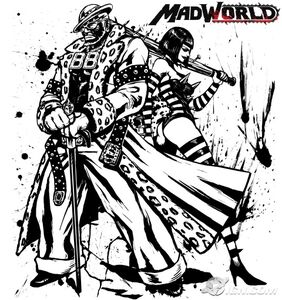 The Black Baron with Mathilda. 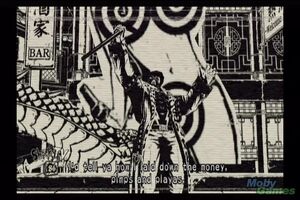 The Black Baron hosting one of the Bloodbath Challenges. 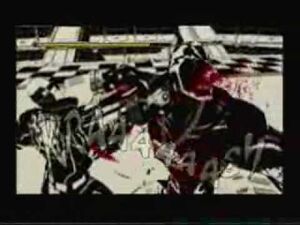 Black Baron vs. Jack Cayman.
Add a photo to this gallery 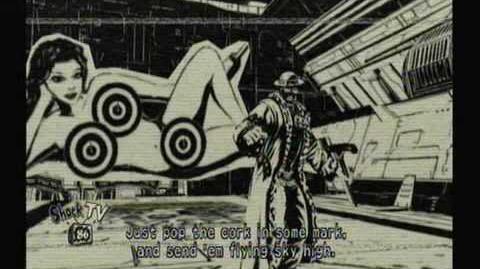 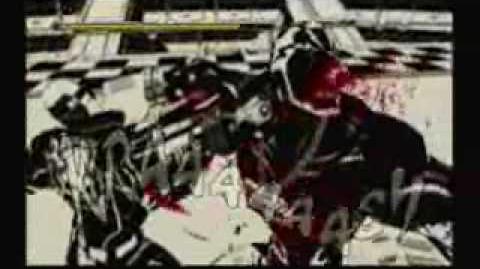 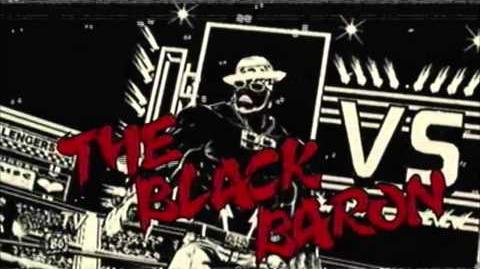 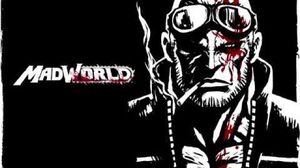 Retrieved from "https://villains.fandom.com/wiki/Black_Baron?oldid=3910821"
Community content is available under CC-BY-SA unless otherwise noted.