Black Eyed Children, also known as the Black Eyed Kids, are a type of humanoid cryptid, urban legend or ghost story that has become very prominent ever since 1998 and the rise of internet culture, though the idea of sinister child-like specters dates back to prehistory.

Black Eyed Children are said to resemble ghostly children of early-teens or younger and have unnatural eyes that are pure black. They are regarded as sinister, terrifying and at times even dangerous by those who encounter them but no one is sure what they are.

In most black-eyed children stories and legends, the children can be found around highways, streets, and residential homes and stalk passersby or residents of the property to cause psychological harm. No particular members are known except for Josh Colins, his sister Emma Colins, and friends Jo and Remy, who died of foul play while getting lost in the woods while playing hide and go seek. On streets and highways, they have been reported to appear as lost children or hitchhikers, only to attack those who stop out of concern of them.

Some argue Black Eyed Children are ghosts, others claim they are demons, vampires, or practitioners of evil magic. Some UFO lore depict them as human/alien hybrids whilst others believe they are children playing rather cruel pranks on people. Many also regard them as little more than myths that have grown popular due to internet forums and sites such as YouTube and photo-manipulation.

Various studies have been conducted into the history of black-eyed child sightings, but it is currently unknown when the first sighting was reported or even where the legend originated. 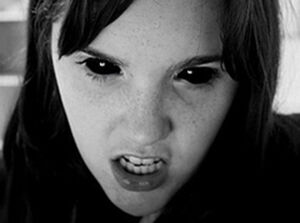 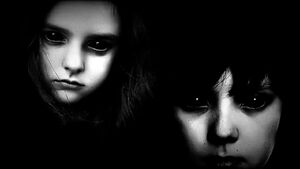 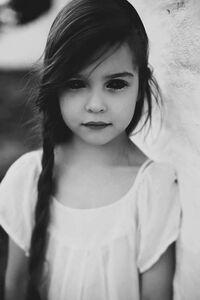 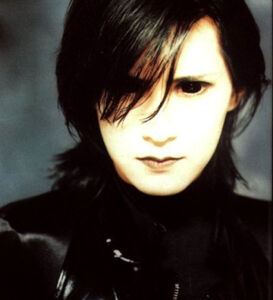 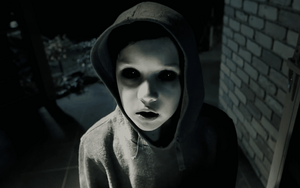 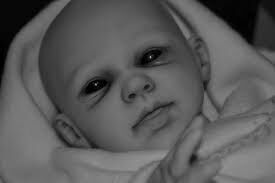 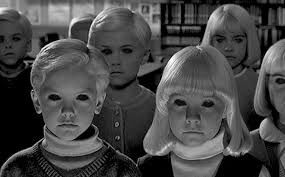 A group of Black Eyed Kids. 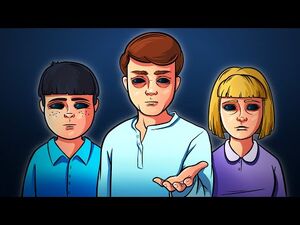 Black Eyed Kids Are Waiting at Your Doorstep (Horror Animation) 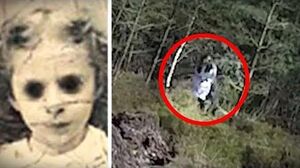