Villains Wiki
Register
Don't have an account?
Sign In
Advertisement
in: Once Upon a Time Villains, Fantasy Villains, TV Show Villains,
and 44 more

Ruler of the Dark Realm (formerly)
Mayor of Storybrooke (temporarily)

Kidnap Gideon and turn him into a villain (succeeded).

She is portrayed by Jaime Murray, who also portrays Nyssa al Ghul in Gotham, Carmilla Pines in Sleepy Hollow, and Lila West in DEXTER.

As a mortal woman, Fiona had long dark hair, and appeared to be of Asian descent. After becoming the Black Fairy, she gained black fairy wings that she revealed occasionally, and always dressed in black garments. As Mayor, her outfit closely resembled that of Regina when she was in charge during the first season. Also, due to her fairy status, Fiona was immortal, and subsequently retained her youth and beauty despite the many, many years she had lived.

Even before Fiona became a fairy, it was once observed that she had studied more fairy lore than most fairies. After she unknowingly embraced her evil destiny, Fiona became the Black Fairy - one of the most powerful fairies of all time, as well as the Great Evil that Emma Swan was destined to fight. Even her own son, Mr. Gold, at full power noted that, if he had to destroy the town to defeat her, it was a risk he would have to take. In the end, he destroyed her with her very own wand when she was at her absolute most vulnerable, both physically and emotionally.

Examples of powers she possessed were: 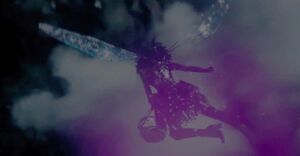 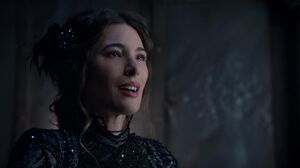 The Black Fairy makes it to Storybrooke. 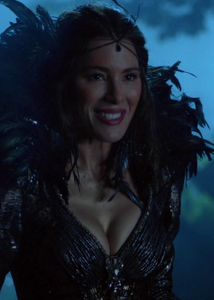 The Black Fairy confronted by her son. 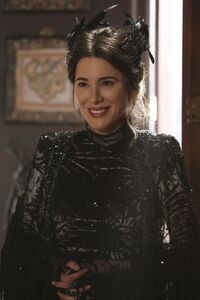 The Black Fairy reveals herself in Gold's Shop. 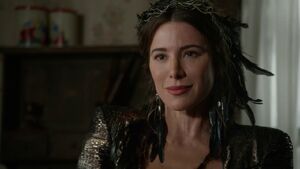