Are You Afraid of the Dark?: The Tale of the Super Specs

Appearing out of nowhere

Get rid of our universe.

Destruction of the universe
Stalking

The Black Figures were shadow-like beings from another dimension and were main antagonists of the Are You Afraid of the Dark? 's sixth episode "The Tale of the Super Spec" in season 1.

Weeds and his girlfriend Marybeth, the protagonists of the episode, buy special glasses called Super Specs from Sardo's Magic Shop. Weeds accidentally casts a spell on the Super Specs, and from that moment, every time Marybeth puts the glasses on she sees faceless black humanoids and a hooded woman dressed in black pointing her. She tries to get rid of the Super Specs, but the glasses always return.

When Mr. Sardo explains her that the glasses opened a window to another dimension where the black figures live, she asks him to help her and Weeds to close the portal. Sardo holds a seance and the black figures apparently vanish, but Eventually Black Figures became powerful enough to be seen be everyone without wearing the super specs. Finally a mysterious female entity tells Sardo and the kids that two universes can't exist on the same plane, and that balance must be restored. Unfortunately for Marybeth and Weeds, unlike Sardo who was not a very seasoned magician, The mystrious entity was a powerful phantom whp is extremely well-versed in magic. Then, in Marybeth's house, the woman dressed in black informs two alter-egos of Weeds and Marybeth that the black figures were trying to get rid of our universe, too, and they did.

The episode ends with the real Weeds and Marybeth, Sardo and presumably the rest of our universe trapped in darkness. It is unknown what happened to them. Their only hope lies at the fact that according to Sardo, some black figues are good so someone in Black Figures' ranks would one day undo the spell.

The Black Figures from this episode are very similar to the Shadow People from folklore, that are also told by some to live in a parallel universe. 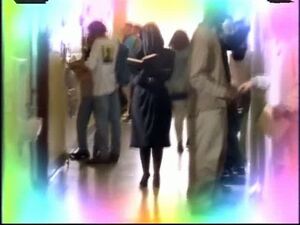 The Woman dressed in black 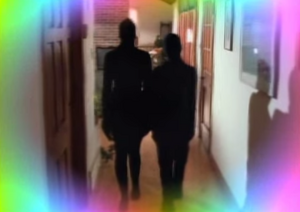 Add a photo to this gallery
Retrieved from "https://villains.fandom.com/wiki/Black_Figures?oldid=3352520"
Community content is available under CC-BY-SA unless otherwise noted.