Capture Speedsters who possess super-speed to the Speed Force.

The Black Flash is a supervillain in the DC comics. who is actually one of the many embodiments of Death itself - though Black Flash only goes after the souls of people who possess superhuman speed connected to a special power known as the Speed Force.

It is unclear why Death takes on the form of Black Flash to track down speedsters - though some theories are made that either top-rate speedsters (such as the Flash) are too fast for traditional Death to catch up with or that Black Flash is a result of some kind of anomaly caused by the Speed Force itself, whatever the cause Black Flash exists for one purpose: to end the lives of speedy heroes and villains in the DC universe.

It should come as no surprise that the Black Flash is an enemy of the Flash (both past and future-versions) but his appearances are fairly rare - as is the case for most personifications of death, after all the arrival of the Black Flash usually suggests that Flash is about to die or in serious danger of doing so.

Though unlike most versions of Death the Black Flash is capable of being defeated or at least stalled so not all encounters with the entity need be fatal to a speedster, though a victory against a being like Black Flash is likely in vain as he will keep coming back until his job is done. Black Flash was killed off a long time until he made his return in DC rebirth.

The Black Flash first appeared to Bart Allen while he was being tortured by Lex Luthor for swiping corporate data from him in the Season 6 episode "Justice" of Smallville. Trapped in a circular glass cage, Lex forced Bart to run at super speed to avoid the charged floor that would electrocute him to death.

Bart discovered he could tap into the Speed Force just like that and immediately saw the dark creature waiting for him outside the glass.

Black Flash tried to grab Bart after he passed out, however Bart was saved by Clark Kent. As he runs, the Black Flash appears again, telling Bart "It is time" as it bolts toward him and tries to grab him. Years later,

Bart told Clark about what happened and Clark decided to go to S.T.A.R Labs to seek Emil Hamilton's help. Professor Hamilton designed the treadmills to allow Bart to run as fast as he can while Clark's treadmill can accelerate him toward Bart's speed.

The goal of this experiment was so that Clark can see the creature once he becomes fast enough. Bart tapped into the Speed Force and ran so fast that he caused the treadmill and the monitoring equipment to explode. Clark fell into the floor and saw Black Flash coming towards him.

Black Flash decided to not drain Clark's speed since he didn't consider it to be pure and Clark vowed to help Bart stop him. Clark attacked Black Flash as he was draining the speed of other people in Las Vegas while wearing a new suit. Black Flash tried to kill him until Bart Allen sacrificed himself to stop the creature. Clark was then left mourning Bart's death.

In the second season of The Flash , the Time Wraiths were introduced as enforcers of the Speed Force's rules, chasing speedsters that mess with time. Eobard Thawne says that their existence is common knowledge to speedsters. In the Season 2 finale "The Race of His Life", Hunter Zolomon, who had been using "time remnants" of himself to carry out his goals, which created paradoxes the timeline, was dragged away into the Speed Force by the Time Wraiths, causing his body to decay and his black-blue costume to turn fully black. His blue lightning turned red too and his skin started decaying, turning him into the Black Flash and forcing him to enforce the rules that he'd been breaking for so long.

In the second season of DC's Legends of Tomorrow, Hunter reappears as the Black Flash in the episode "The Legion of Doom", chasing after Eobard Thawne and seeking to drag him into the Speed Force; since he was erased from existence in The Flash but brought back to the timeline in Season 3, he should not exist.

This led to Eobard forming the Legion of Doom (Damien Darhk and Malcolm Merlyn, later Leonard Snart) to help him find the Spear of Destiny, which could cement his position in time and get the Black Flash away from him. Eobard, Damien and Malcolm were able to outwit the Black Flash eventually, revealing that he can only see Eobard when he is using his speed (almost like an animal of sorts), and is locked in a bank vault in January 2025.

He is able to escape, however, and continue to chase after Eobard. In The Flash episode "Into the Speed Force", while Barry Allen ventures through the Speed Force in order to rescue Wally West, he comes across hallucinations of people he once knew. A Speed Force duplicate of Ronnie Raymond summons the Black Flash to attack Barry, but he manages to use his real-world tether device to teleport Black Flash away in a flash of light.

In the episode "Doomworld", set in the Legion's new reality created by the Spear of Destiny, Eobard, now head of S.T.A.R. Labs, keeps Black Flash locked in a glass cage so that he cannot get to him. In the season finale "Aruba", Sara Lance uses the Spear to summon the Black Flash to the Battle of the Somme in 1916, allowing him to phase his decayed hand through Eobard's chest and cause his body to turn red and disappear, destroying him. 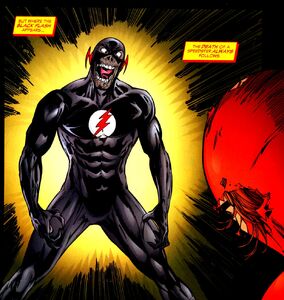 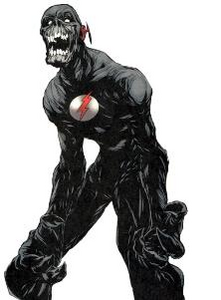 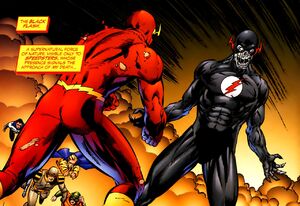 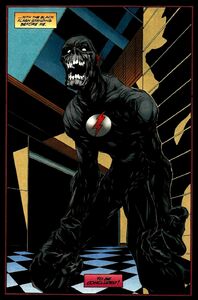 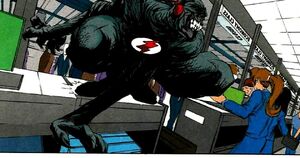 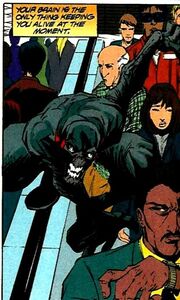 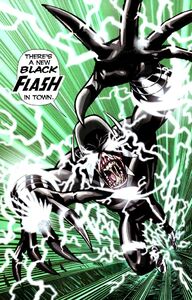 Professor Zoom as the Black Flash. 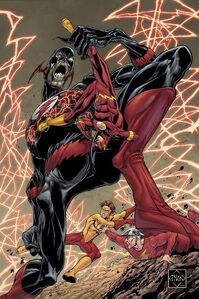 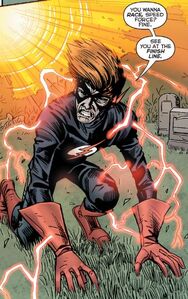 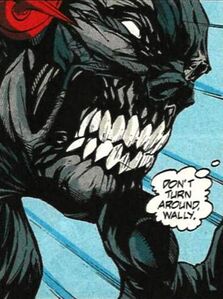 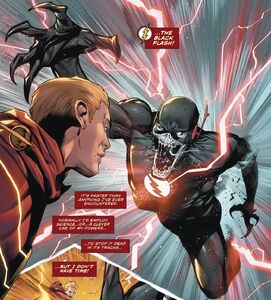 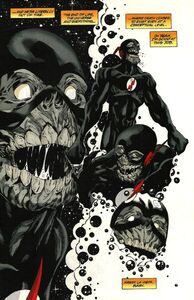 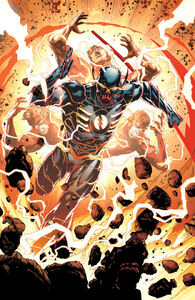 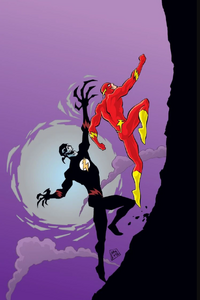 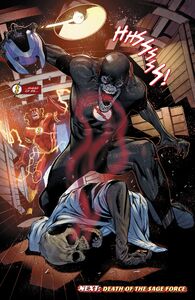 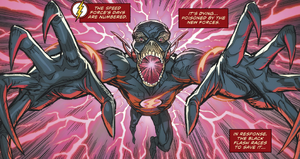 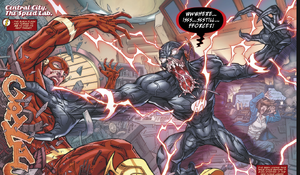 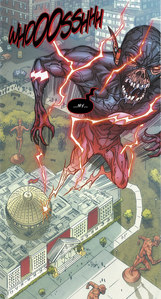 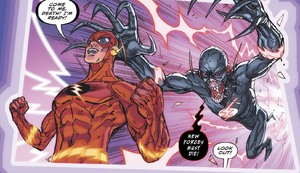 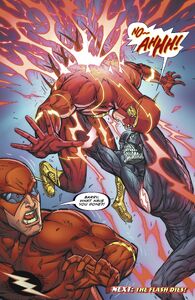 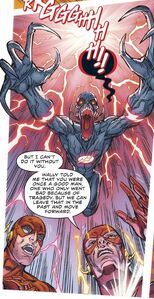 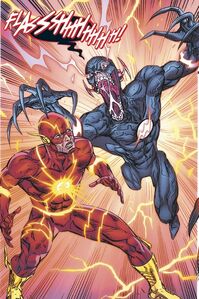 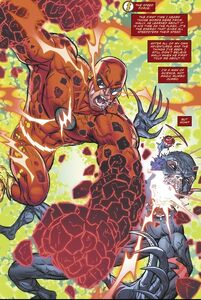 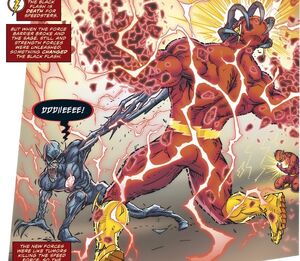 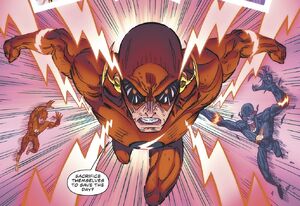 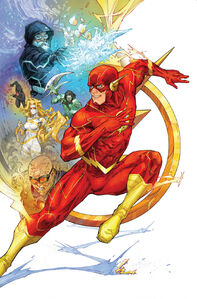