Destabilize the peace between the Vektans and the Helghasts and start a new war.

The Black Hand is a Helghast terrorist organization led by Vladko Tyran active in Vekta City as of 2381 and is one of the antagonist factions in Killzone Shadowfall. The Black Hand was formed sometime during a period of political and social unrest in New Helghan and was created by Tyran after he rallied many Neo-Helghasts together and started an armed insurgency against both the Interplanetary Strategic Alliance and the New Helghan Government.

Black Hand is a radical, fanatical group, and a former military force. They despise Vektans, because they destroyer Helghan, and caused untold amounts of destruction & deaths. Black Hand is in odd contact with the New Helghan Government, because they're are trying to make peace with Vektans, rather to make a revenge on them with Black Hand. Anyone that oppose Black Hand, they automatically see them as their enemies.

Black Hand own old low-tech equipment. Good example is one of their attacks, some of Black Hats members we're showing equipped projectors, that allowed them to disguise their selves as ISA Marines, but not all around them, because the projector is a old model. Mostly all of their armor are old weapons from Second Extrasolar War.

Black Hand bombarded VSA-Headquarters and more other locations in Vekta City, plus they captured Railways to bomb the central hub.

Little is known of the organization's history however what is known is that it is a sub-faction and is made up of various radicals, fanatics, Helghats nationalists and former helghast military troops that have a strong deep hatred for Vektans due to the collapse of the Helghan Empire at the end of the Second Extrasolar War and the destruction of Helghan making the planet unihabitable and killing over 1 billion citizens. Formed as a possible political movement or party, the Black Hand was part of a series of Neo-Helghast movements (real world references to Neo-Fascist movements) and was so extream and radical that eventually it turned into a terrorist organization. Despite being made up of Helghasts, the Black Hand is at odds with the New Helghan government for sympathizing with the Vektans and attempting to make peace with them instead of taking revenge and have launched various insurgencies against both New Helghan and Vekta.

Events of the Game

During the events of Shadow Fall, the Black Hand plays a major role as one of the antagonist factions of the game. The organization first appears in Chapter 4:The Patriot where they launch an attack against the VSA Headquarters in Vekta City and Black Hand Insurgents start to attack and open fire on VSA Military Personal and Vektan Civilians alike. Shadow Marshals eventually retake the headquarters and soon, dozens of civilians are taken hostage and the VSA is forced to react. Tyran is seen nearby and he hijacks a VSA Gunship and flies away into the Helghast Territory. Later on in the game, it is discovered that the Black Hand operate within the lower sectors of New Helghan and have ammased support amongst lower-class citizens and use Containment City as their main headquarters and base of operations. Lucas Kellen (the game's protagonist) manages to sneak into enemy lines and gets captured but he manages to escape. Tyran appears to have contorl over the city as residents are sen cooperating with Black Hand personal and act as guards for them. When Tyran is killed in Chapter 9, the organization's status is unknown but one newspaper shows a report of five key members being arrested leading to the organization effectivly dissolved.

the Black Hand are a Neo-Helghast movement and hold strong fascist views due to the Helghast ideology being the same. The organization is also has strong anti-vektan views showing that Xenophobia has a massive influence on the group and are very war hungry and imperialistic. War is the main goal of the Black Hand thus they hold little to no allegence to the New Helghan government and wants to conquere all of Vekta under the Helghast banner as revenge for the destruction of Helghan.

The main goal of the Black Hand is to destroy the fragile peace between the Vektans and Helghasts and start a massive war between the two sides. Due to the peace already being fragile, many Helghasts already support the Black Hand in the slums and thus cover for them. The group uses violence and terrorism against both sides. The VSA is the main enemy of the Black Hand due to giving the ISA (Interplanetary Strategic Alliance) with information on terrorist groups. Their goal was failed when Tyran was assasinated and other leaders and commanders were arrested leaving the group leaderless and dissolved.

Being a terrorist organization, the Black Hand posses lower-tech euipment as many of their weapons were dated back to the Second Extrasolar War making them over 30 years old. Infiltration Projectors do give them an edge however they are also outdated thus making Black Hand soldiers cover their entire body in them to fully simulate an actual ISA Marine projection. Despite outdated equipment, the Black Hand do recieve funding from Stahl Arms and might've gotten more modern weapons and equipment from slain Helghast Security officers and managed to aquire large amounts of explosives in Chapter 4.

Emblem of the Black Hand 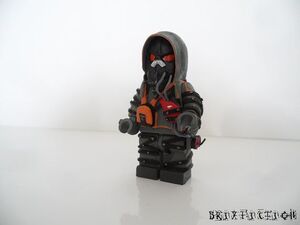 A Lego mini figure of a Black Hand operative 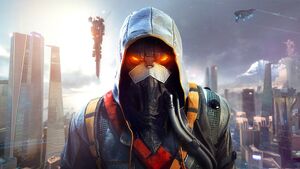 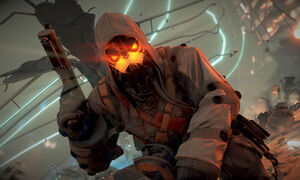 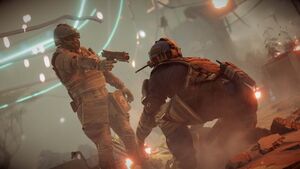 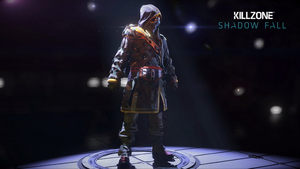 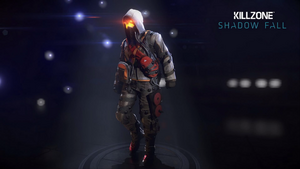 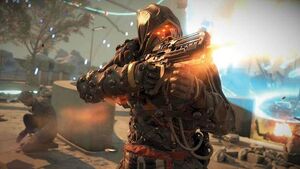 the Black Hand in combat 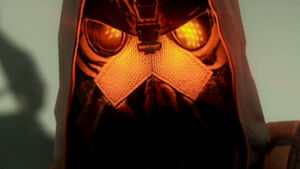 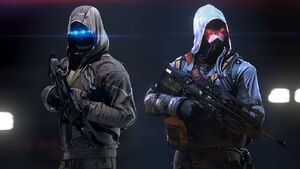 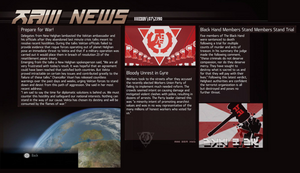 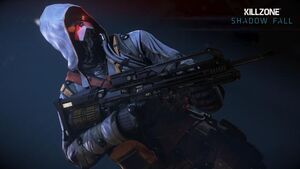 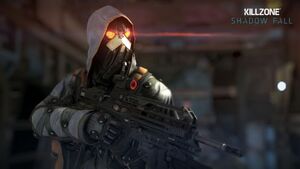 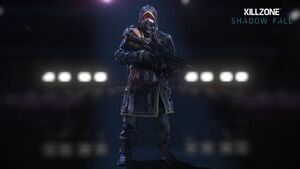 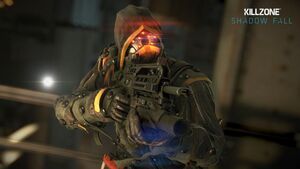 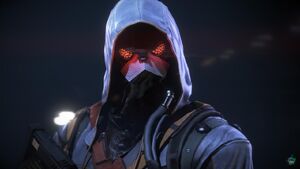 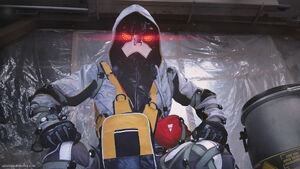 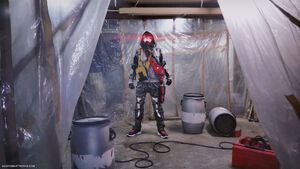