Take over Halloween by helping Jack take over Christmas (failed).

The Black Hiver is the main antagonist of the YouTube Poop Skellington's Revenge by MoBrosStudios, the second installment in The Chronicles of Poop franchise. He is an ancient holiday demon who seeks to conquer all of the holidays and is summoned by Jack Skellington.

His voice was taken from dialogue from The Dollmaker from Alice: The Madness Returns, where he was voiced by Alistair McGowan‎.

Later, when Jack arrives in YouTube Poop Land, he summons Black Hiver, and he entraps its citizens in a horrific Christmas-themed pocket dimension. Jack recites an incantation that unleashes Black Hiver's true form, and he and the monsters of the dimension begin attacking the denizens of YouTube Poop Land and stealing their souls to fuel the Hiver.

Scout and Soldier attempt to attack, but Black Hiver is shown to be bulletproof. He takes their souls and turns them into robots. He then steals Fluttershy's soul and turns her into a blue chainsaw-hooved monster and takes Patrick's soul as he is eaten by Patchy. He then proceeds to attack Edd, Eddy, and Spy by burning them and taking their souls as well. When Spongebob wakes up, he, Heavy, and Ed power up and manage to temporarily stun Black Hiver and defeat the monsters. Black Hiver awakens and manages to collect Heavy and Ed's souls, but Spongebob gets away and goes to confront Jack.

Spongebob manages to talk sense into Jack and convince him to stop his conquest, but Black Hiver arrives to try to make Jack finish the ritual to take over Christmas by sacrificing Santa. Hiver captures Spongebob and prepares to kill him, and explains that Halloween belongs to him, but Jack attacks him by reversing his incantation. All the souls are freed, and they fight off Black Hiver until Jack finishes the reversed incantation, killing Black Hiver and returning everyone safely to YouTube Poop Land.

Black Hiver is a sadist through and through, so much so that his title is "Sadistic Holiday Demon". He exists for the sole purpose of causing pain and misery by conquering worlds and holidays and brutally killing their inhabitants, stealing their souls to fuel himself. Based on his description by Santa, he is feared throughout many dimensions and times.

He is also shown to be failure-intolerant and egotistical, as he views himself as no less than a god and does not tolerate any kind of abuse - physical, verbal, or mental - from anything. When Jack has second thoughts about his plans, Black Hiver does not even hesitate to turn on him.

In his first form, Black Hiver appears as a creepy, vaguely humanoid version of Bugs Bunny (gray with white paws and stomach with long pink ears) with a permanent grin on his face. His second form is the same as the first, except his color scheme changes from gray to red and his eyes become hollow black sockets.

His third and true form consists of a large black furnace supported by four sharp metal legs. His torso, arms, and head change to a mix of black and dark blood red, and a glowing demonic symbol appears on his chest. He grows long, sharp gray claws on all of his fingers, and his eyes become a permanent black color with small orange irises. His fur becomes mangled, and his teeth grow to massive sizes as well as become pointed. 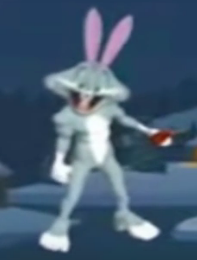 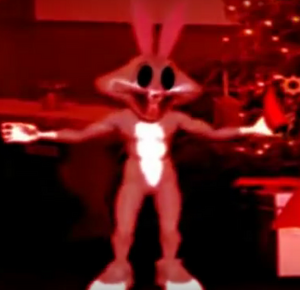 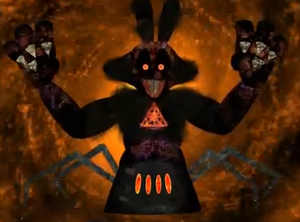 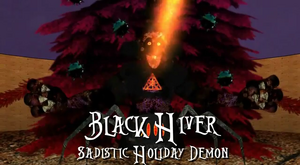 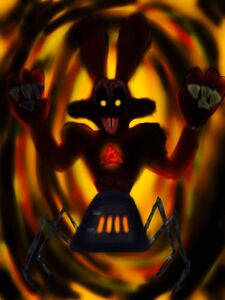 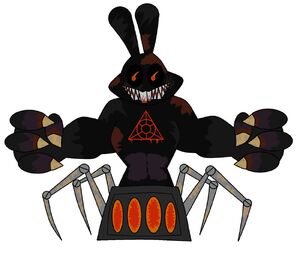 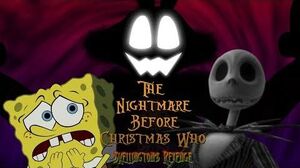 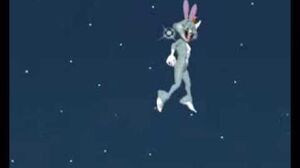 Retrieved from "https://villains.fandom.com/wiki/Black_Hiver?oldid=3841374"
Community content is available under CC-BY-SA unless otherwise noted.