Black Hole, also known as the "Black Hole Army", is one of the five main factions in the Wars World and a major antagonist organization in the Nintendo Wars video game series, serving as the main antagonists of Advance Wars, Advance Wars 2: Black Hole Rising and Advance Wars: Dual Strike.

They are an evil army whose goal is to conquer the Wars World. They are led by Sturm in the first two Advance Wars games and by Von Bolt in Advance Wars: Dual Strike.

In Advance Wars, Sturm deceives the other nations into going to war with each other to weaken them and allow the Black Hole to defeat them swiftly and easily. However, his plans are discovered and the other four nations team up to stop him.

In the sequel Advance Wars 2: Black Hole Rising, Sturm returns with four new COs to aid him in his goal of world domination. Sturm then tasks them to conquer one of the other nations. However, they are all defeated and their forces are driven from the four nations back to the Black Hole base, where the other nations launch their final attack on Black Hole defeat them again.

They return in Dual Strike, now led by Von Bolt and his Bolt Guard. They also have the aid of COs Hawke and Lash, though they desert the organization when they discover that Von Bolt only cares about preserving his own life. With the combined forces of the Allied Nations, Black Hole is defeated again. 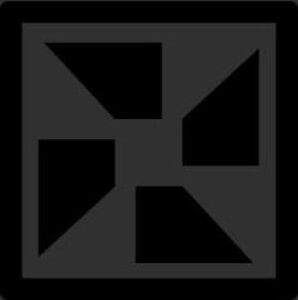 The emblem of the Black Hole army.