Feeding on the psychic energy produced by their victims' interaction through "dreams".

Latching onto hosts and put them in such euphoric state.

Alleviate the pain and suffering felt by the sick or by the dying.

Keep their victims trapped in a dream-like state while feeding off their life force until they eventually expire.
Fulfill objectives of Mother Mercy and Mogul.

The Black Mercy is a telepathic and parastitic plant-like alien species. It was capable of attaching itself to a host, read the host's memories, then feed the host a totally convincing simulated reality that was based on the host's deepest personal desires. What the Black Mercy received in return for this state is unknown.

The Black Mercy was a species of parasitic plant that were native to a world in Space Sector 2811. Its origin was traced to being the empathic offspring of the living planet known as Mother Mercy and was seeded by her upon maturity whereupon it was sent into the stars on a mission to alleviate the pain and suffering felt by the sick or by the dying.

At some point, the tyrant Mongul I discovered the home planet of the Black Mercy plant whereupon he began harvesting it for a more sinister purpose. Twisting the creature, he intended for the plant to be a killing tool and thus distorted their true original purpose by making it infect healthy hosts whereupon they slowly began destroying their victims. At the time of his harvest, Mother Mercy decided not to reveal her true nature and simply allowed the supervillain to continue upon his goal. He used the plant in his battles against Superman and the Justice League until he stopped coming as a result of his death. However, in time, his son came to the world and continued his father's usage of the Black Mercy plant. Mongul II later travelled to the planet Earth in order to accomplish his deceased father's wishes of conquering that world. With him, he brought a number of Black Mercy plant which infected animals and beings in a farm on the planet. Hal Jordan and Green Arrow after arriving in the field discovered a large number of Black Mercy plant which had infected the cows in the region. Mongul II ensured that the plant had plenty of water and "food" by allowing them to infest the native Humans in the region. During a fight with Mongul II, Hal Jordan attempted to burn the Black Mercy plant but during the skirmish both him and Green Arrow where infected by the creatures who made them live in a dream-like state.

After the Sinestro Corps War, Mongul II discovered a Qwardian Power Ring whereupon he became a powerful member within the leaderless Sinestro Corps. Using his new power ring, he genetically altered a number of Black Mercy plant which transformed them from weaving dreams within its hosts to making them instilling great fear on their victims. Black Mercy was used against a number of members of the Green Lantern Corps which were investigating Mongul II's operations where it infected Sodam Yat and Arisia.

The Black Mercy plant is capable of creating "dream worlds", each faux utopian realities that are a complete and utterly convincing simulation of the victims' deepest desires, be it wanting to be very rich and famous, longing for a family or becoming either a hero or a ruler. There are known victims whose "perfect worlds" are the taste of the psychic and parastitic powers of the Black Mercy.

The worlds are temporary and people always break free. Either the plant loses its grip, or the people under its thrall may realize it is never their lives or life is never this perfect. It is possible it does not work because desires are empty. 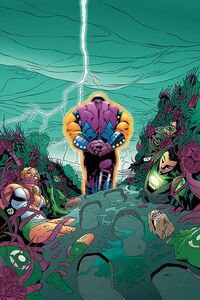 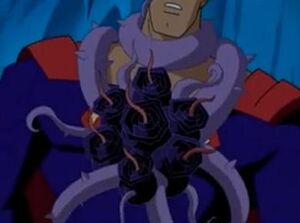 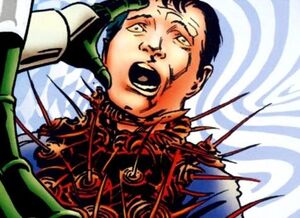 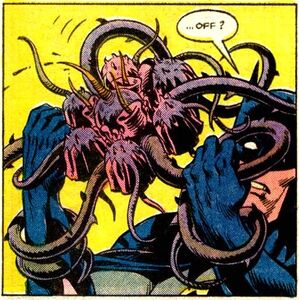 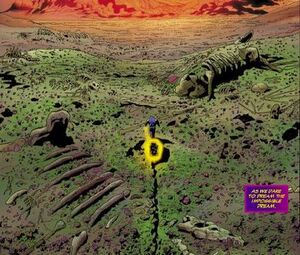 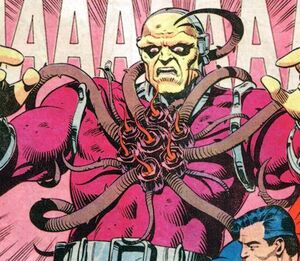