End the existence of the Black Mesa compound (succeeded).

They are sent by the US Government to place a thermonuclear bomb inside the parking garage of the Black Mesa Compound. The bomb's detonation is activated during the final cut scene in Half Life: Opposing Force.

The black operatives have an unstable relationship with the HECU. Both sides seem to be allied in the first Half Life game. The black operatives' existence and role are expanded in Half Life: Opposing Force. They are sent to destroy the Black Mesa compound after the HECU fail to contain the Resonance Cascade incident. Upon arrival, every black operative either kills or interrogates a HECU soldier. They consider the HECU to be incompetent and inept. A male operative even states resentment for taking care of the HECU's responsibility.

Although Gordon Freeman has relatively few encounters with them, female operatives respond with hostility towards him. This is due to the females' protocol, prompting Gordon to fight back and kill several of them. 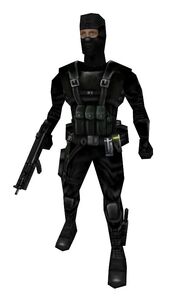 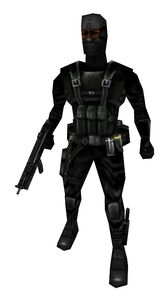 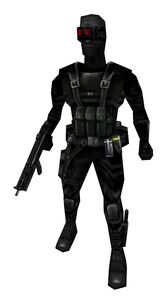 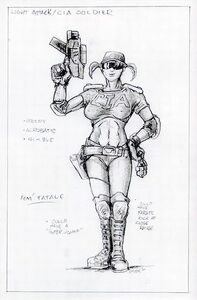 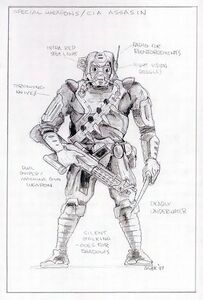 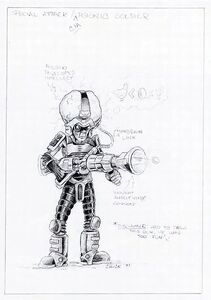 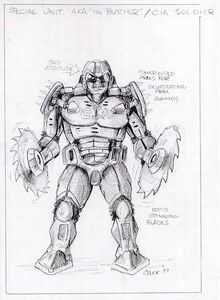 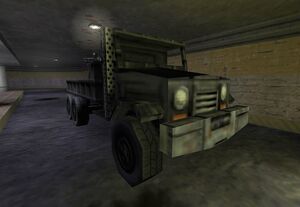 Black operatives' truck with the warhead onboard 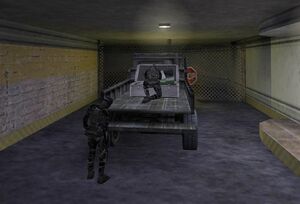 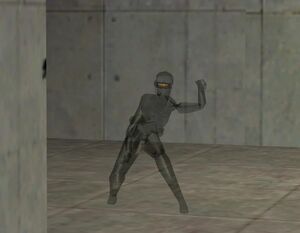 A female operative who is partially invisible 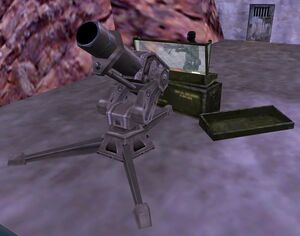