Emperor of the Dark Million Organization

Create a new universe filled with darkness and destroy the current one.

Black Shadow is the main antagonist of the F-Zero series (with the exception of F-Zero GX where Deathborn takes that role instead). He is the arch-nemesis of Captain Falcon.

In Japanese, he is voiced by Norio Wakamoto, who also played Cell from Dragon Ball Z, M. Bison from Street Fighter, Alexander Anderson from Hellsing, and Charles zi Britannia from Code Geass. In English, he is voiced by Eric Stuart in F-Zero: GP Legend and Jack Merluzzi in F-Zero: GX.

Black Shadow is the emperor of the Dark Million Organization, he can be seen on his throne at Dark Star thinking of his plans while seeing his minions commit terrorism and carnage.

Once the 2201 F-Zero tournament started, he decided to participate because he wanted to destroy the Galaxy Mobile Platoon with his machine the Black Bull while studying the behaviour of all the racers especially Captain Falcon, from which he creates a countless number of clones named Blood Falcon.

Through the series, it is revealed that he is the one who awoke Zoda and brainwashed Misaki Haruka to become his right-hand woman.

At one point he realized that Miss Killer recovered her memories and was betraying him, so he petrified and left her in the throne room (later close to the Dark Reactor) while gathering the Reactor Mights for his final plan.

When Zoda managed to reach his secret base, Black Shadow reveals that Captain Falcon and himself are incarnations of light and dark sides of the universe; he also explains that all the six Reactor Mights were created from the big bang which created the universe.

Towards the end, he activates his Reactor while showing that Deathborn and Don Genie are only his shadows, created to trick the protagonists and the Federation.

He then waited for Rick Wheeler and Captain Falcon to arrive, and fought with Rick while using the Reactor to steal his two Reactor Mights, but was stopped by the Captain, who kept him busy until Rick successfully overloaded the Reactor with a Full Powered Boost Fire. Enraged by the fact that his dream is shattering, he jumps out of his machine in an attempt to kill Falcon, only to be hit by the Falcon Punch and the explosion of the Reactor finally kills him.

Here Black Shadow appears at the very beginning of the game being chased by Deathborn, the latter grabs him by the neck and he begs for one more chance to win the F-Zero Grand Prix to which Deathborn agrees but warns he will be punished if he ends up failing again.

Black Shadow realized that he needed to eliminate Captain Falcon in order to assure his success in the Grand Prix, so he attacked the City of Lightning and waited for Captain Falcon to confront him; he then used his dark powers to bind Falcon, Blood Falcon arrived and forced the Captain into the Blue Falcon, on which he had placed an explosive set to detonate if the machine slowed passed a certain speed.

Later in the Grand Prix, he was surprised to discover that Falcon was still alive, but he swears to defeat him and win the competition; however, he was defeated, leading to an angry Deathborn to appear from a dimensional portal and dispatch him for his incompetence.

Black Shadow appears in Super Smash Bros. Brawl as both a trophy and sticker, the latter of which increases Captain Falcon's fire attacks. In Super Smash Bros. Ultimate, Black Shadow appears as a legendary Shield type Primary Spirit that increases the fighter's speed. His spirit battle is against Ganondorf and Captain Falcon on the Battlefield form of Port Town Aero Dive, where the player will occasionally take sudden damage after a little while. 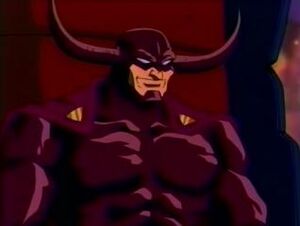 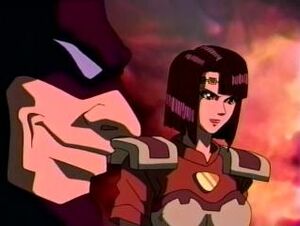 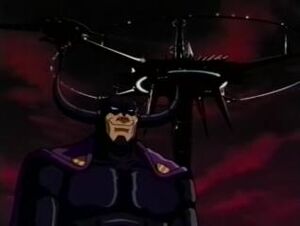 Black Shadow with the Dark Reactor. 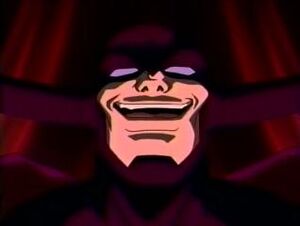 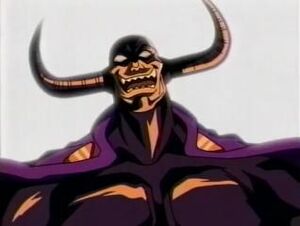 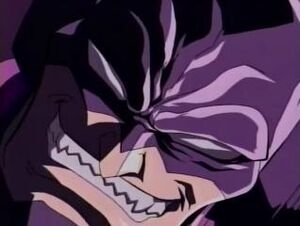 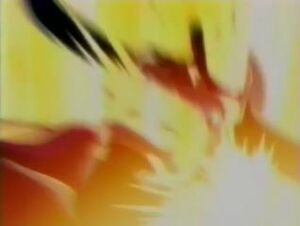 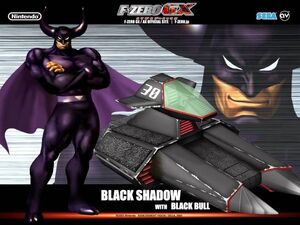 Black Shadow and his car as seen in F-Zero: GX.

Black Shadow's icon from F-Zero GP Legend.
Add a photo to this gallery

Retrieved from "https://villains.fandom.com/wiki/Black_Shadow?oldid=3763829"
Community content is available under CC-BY-SA unless otherwise noted.