Collect as much magical energy as possible.

Mass murder
Corrupting others to evil

The Black Shadow is one of the main antagonists of Fate/Stay Night's Heaven's Feel route. It is an ominious, ghost-like entity who wanders Fuyuki City, consuming magical energy from Servants. It is seemingly loyal to Zouken, though it may simply be manipulated by him. Zouken later reveals that he is unable to communicate with it or even calm it down.

The mysterious Black Shadow manifests itself as Sakura Matou undergoes her transformation as the Holy Grail during the events of the Heaven's Feel route. In its shapeless, almost alien-like form, the Black Shadow haunts the city of Fuyuki, feeding off of the energy of people and other Servants. Eventually, however, it begins to gain awareness and realize that it can obtain more energy from consuming its victims wholely.

The Shadow is born from Sakura's state of unconciousness. Though it will act to protect Sakura from whoever or whatever it is she hates, it is likely that this is out of its personal desire to survive, as it cannot exist without Sakura.

There are no conventional ways to defeat the Black Shadow, as simply touching the creature is deadly to humans and Servants. Because of this, it is easily capable of consuming Lancer during his battle with True Assassin. The Shadow even manages to incapacitate Shirou for a short amount of time, leaving him traumatized at the memory of his first encounter with it.

Much like the creature itself, the personality of the Black Shadow is a mystery. It never speaks, and simply saunters around Fuyuki looking for sources of magical energy to consume. It seems to possess a simple primal instinct of eating to survive, though it also appears to be fully sentient. It is incredibly destructive, consuming up to hundreds of people without prejudice in a single night. As it is formed from the contents of the Holy Grail, of which its pieces were implanted inside Sakura by Zouken, it remains bound to Sakura and effectively serves as her own "Servant". The only true way to stop the Shadow is to stop Sakura herself. 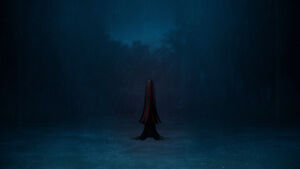 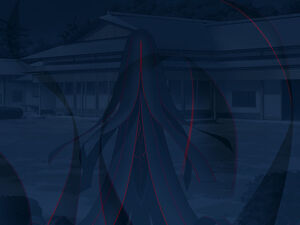