The Black Slime Behemoth is a grotesque ghostly beast and an antagonist in the stylized version of Ghostbusters: The Video Game. It is a giant, cyclopic tentacled monster that comes from the Black Slime.

The Black Slime Behemoth resides in the giant Black Slime pool in the middle of the Main Orrey room within the island's Shandor Castle, former home of the late Ivo Shandor's family and former lair of the accursed Gozer Worshippers.

By equipping the P.K.E. Enhanced Goggles, the Ghostbusters can scan it for weak spots to strike down this ectoplasmic beast. There are three glowing nodes in its tentacles. Hit them all with Slime Mines and it is defeated.

However, the Black Slime this creature spits at its prey is not only deadly, but also spawns Black Slime Scuttlers which can only be dispatched Slime Mines.

In the end, the Ghostbusters defeated the slimy eldrich monster while finished examining the Shandor Island's infrastructure and even later dispersing the haunted isle's Mandala node before they escaped the island as it would sunk back into the ocean. 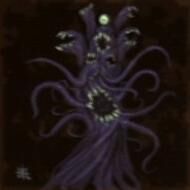 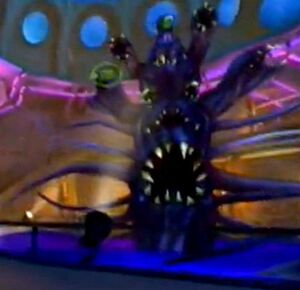 Retrieved from "https://villains.fandom.com/wiki/Black_Slime_Behemoth?oldid=3524134"
Community content is available under CC-BY-SA unless otherwise noted.