Being a pet for Saitama.

Kill anyone that gets in his way (failed).

Black Sperm has a humanoid appearance where his body is completely black. His face is the only thing that stands out as it is white. He also has an antenna on his head, in the shape of a sperm cell.

Black Sperm is very boastful about his abilities but is easily quick to temper whenever looked down upon. He seems to care little for humanity, as he was prepared to kill a child without hesitation. Every time his cells fuse together, he is shown to be more arrogant about his power. In addition to this, he cares very little for his other copies, as he wants them to simply merge with him.

Black Sperm was present during the Monster Association meeting, where Gyoro Gyoro gave out a speech. Black Sperm claims that no one is here to serve Orochi and that they're simply here for their own motives. Gyoro Gyoro then states that if anyone believes Orochi is an unfit leader, they can take on leadership themselves by challenging him, in which Black Sperm notes.

Black Sperm later attempts to kill Busaiku, who was trying to escape from the Monster Association's hideout. He was confronted by Atomic Samurai, who he eventually defeated with relative ease. Black Sperm later battled Tatsumaki, who was greatly weakened by Psykos, giving him the advantage. Together, he and Gums proceeded to reduce Genos is a heavily damaged state. Once Bang was knocked out by the Homeless Emperor, Black Sperm proceeded to take out Bomb.

Black Sperm continued to beat Genos, until King decided to confront him on his own. The monsters simply observe King and plan on their next move, which gives Tatsumaki enough time to recover. Gaining back her footing, Black Sperm uses his cells to form his Multi-Cell form, only for it to be destroyed effortlessly by Tatsumaki.

Black Sperm then proceeds to take Busaiku hostage and forms his cells once more into Golden Sperm, which later takes out Tatsumaki in less than a second.

Golden Sperm has the heroes down to their feet, until Garou arrives to the scene, who has mutated into a powerful monster. Golden Sperm attempts to kill him, but he is overwhelmed and easily finished off by Garou. With one cell remaining, Black Sperm decided to take flee.

After the defeat of the Monster Association, Black Sperm soon met up with Overgrown Rover, who was weakened as well, due to its size being drastically reduced. The two meet Saitama and act as his followers, until they are later taken by the Hero Association, where they are being held in care.

Despite his silly appearance, Black Sperm is one of the most powerful members in the Monster Association. Being a Dragon leveled threat, he is a true force to be reckoned with, as he has an arsenal of powers and abilities. These include:

Multi-Cell Form: Multi-Cell is the form that Black Sperm that takes when less than 10 trillion cells combine together. The true strength of this form is unknown, but it can be assumed that his powers and abilities were augmented to a large degree, though less than his Golden form.

Golden Form: Golden Sperm is the form that Black Sperm takes when 10 trillion cells have been fused together. In this form, his strength, speed, and skill increase to an insane degree to the point where a weakened Tatsumaki could not even react to his movements, though according to the author, ONE himself, if Tatsumaki was at full power, she could have actually beaten Golden Sperm, since she was only defeated in a weakened state. 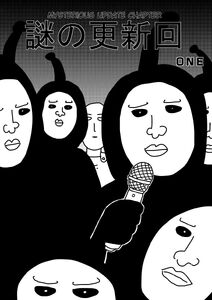 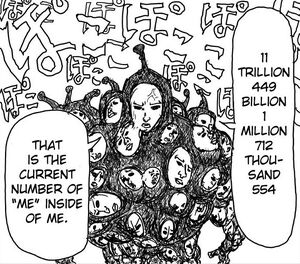 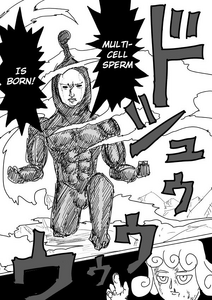 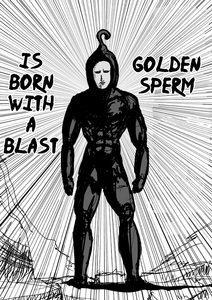 Golden Sperm
Add a photo to this gallery

Retrieved from "https://villains.fandom.com/wiki/Black_Sperm?oldid=3887209"
Community content is available under CC-BY-SA unless otherwise noted.