Black Viper is the main antagonist in Operation C and Contra 4. She is the sister of Gava.

Black Viper initially comes to Earth and takes over an unnamed nation. She brainwashes its military forces to take over the world. The government sends Mad Dog and Scorpion to fight them. The two Contras invade the nation and fight through the defenses. They defeat the cyborg who protects Black Viper. They find Black Viper is just a large cell biomass inside a liquid vial. They destroy the vial, putting an end to Black Viper's plans for the time being.

Two years after the Alien Wars, Black Viper returns. This time, she controls Red Falcon's forces and starts a new attack on Earth. At this point, Black Viper has evolved into a mantis-like monster. The government picks up a signal from the Galuga Archipelago. They send Contras Bill Rizer and Lance Bean to assist Mad Dog and Scorpion. All of them head towards the island of the Galuga Archipelago to annihilate Black Viper.

Black Viper is found at a harvested yard on the island. She buries herself into a pile of corpses and reemerges as a colossal alien. The Contras manage to blow up the alien's back and climb through it. They head towards the brain. The brain is destroyed and Black Viper dies permanently. 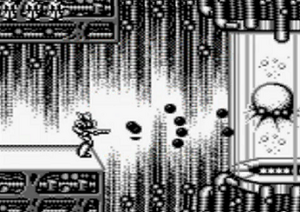 Black Viper in Operation C
Add a photo to this gallery

Retrieved from "https://villains.fandom.com/wiki/Black_Viper?oldid=3555674"
Community content is available under CC-BY-SA unless otherwise noted.