Natalia Romanova, also known as Natasha Romanoff or Black Widow, is a major character in Marvel Comics. She started off as a former villainess serving as a spy before becoming a superhero by initiating herself as a member of S.H.I.E.L.D. and a longtime member of the superhero team called the Avengers. She is also a major character of the Marvel Cinematic Universe.

In the Marvel Cinematic Universe, she was portrayed by Scarlett Johansson, who also voiced Kaa in the 2016 version of Disney's The Jungle Book.

She appeared for the first time in "Tales of Suspense 52" as one of the main enemies of Iron Man, but later she becomes one of the main heroines of the Marvel Universe, fighting off many villains who are far more worse than her. Even before her criminal ways and during her days as a agent of S.H.I.E.L.D., she has many allies on her side, including Daredevil, her best friend Hawkeye, and Spider-Man.

In the Ultimate Universe, Black Widow is portrayed as a villain who feigns heroism, but is truly evil.

Black Widow as she first appeared in the comics as a supervillain. 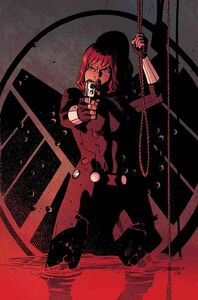 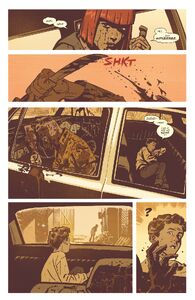 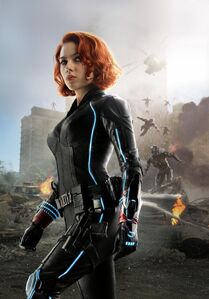 Black Widow as she appears in the Marvel Cinematic Universe. 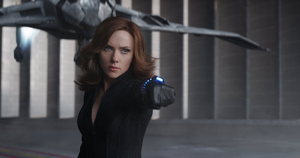 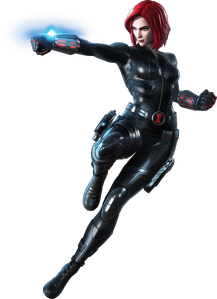