Supervillain
Blackie Drago is an enemy of Spider-Man and a villain in Marvel Comics. He stole Vulture's harness and became second Vulture.

Blackie was Adrian Toomes' cellmate in Alcatraz, who wanted to steal his wings and harness, so he could replace him as Vulture. He poisoned his food in the prison canteen and he made him reveal the location of costume. Drago managed to escape from prison and get Vulture's wings. When the police appeared, he flew away.

After escaping the police, the new Vulture encountered Spider-Man, wanting to become famous for killing him. He kicked Spider-Man, and being convinced, that Spidey fell to his death, he declared himself as Spider-Man's killer, so he got a lots of cash for doing that.

Meanwhile, Kraven the Hunter visited Adrian Toomes in hospital and swore to him, that he will cure him, but after getting an antidote Toomes would have to kill Spider-Man, as the superhero survived the fall.

Later Drago was attacked by Adrian, who wanted revenge on him. Spider-Man stepped in to interrupt the fight, and after some time he knocked down both criminals. Blackie was most likely arrested. 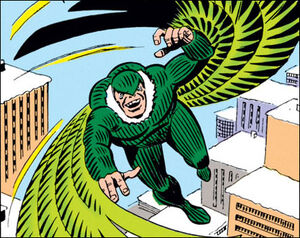 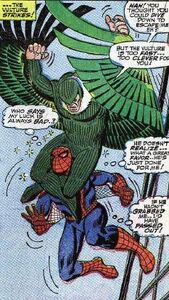 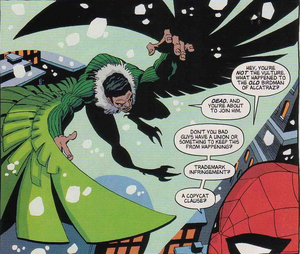 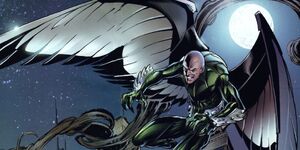 Retrieved from "https://villains.fandom.com/wiki/Blackie_Drago?oldid=4099170"
Community content is available under CC-BY-SA unless otherwise noted.