Bladebeak is a supporting protagonist in the 1998 Warner Bros. animated film Quest of Camelot, which is based on the 1976 fantasy novel The King's Damosel by the late Vera Chapman.

He was voiced by Jaleel White.

Bladebeak is a chicken who lives in the hen house of Lady Juliana and her beautiful daughter named Kayley. He has a wife named Henrietta, rather authoritarian with him, but that really has a great love. When Ruber and his men invade the home of Lady Juliana, Bladebeak is used by him as a guinea pig to test the potion capable of merging the living beings with weapons, and it is the first member of his army to become a monstrous but comedic being with an axe in place of the beak. This transformation also provides him with the ability to speak.

Bladebeak is used as an informer or spy for Ruber who, however, treats him with contempt and humiliates him (though to a lesser degree than the Griffin, his second-in-command and pet). Gradually, however, Bladebeak realizes of the folly of his master and retraces his steps by helping Lady Juliana and Kayley (for example, defending Juliana from one of Ruber's army members who tried to kill her).

At the end of the film, when Ruber dies by being consumed by the positive energy of Excalibur, Bladebeak, along with the rest of the army, returns to his original shape and returned to live in the hen house along with Henrietta. 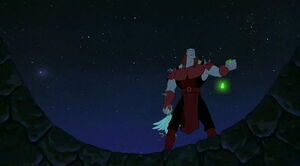 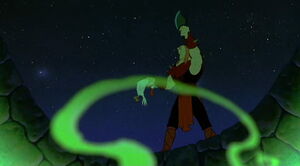 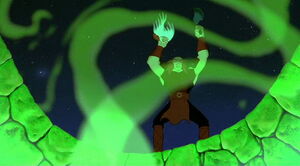 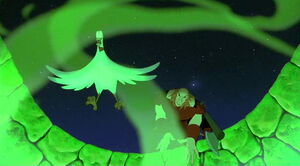 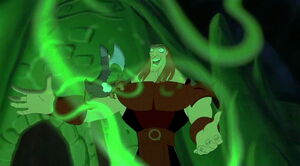 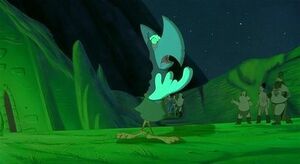